In 1772, Gustavus Vassa was employed by Dr. Charles Irving to help him with the operation of a sea water distillation apparatus on two ships. This was the first of many scientific connections that Vassa developed over the years. In May of 1773, he participated in an exploration of the Arctic alongside Dr. Irving under the command of Constantine John Phipps. Phipps had a long and distinguished career in the Royal Navy and was a close acquaintance of Sir Joseph Banks, a distinguished naturalist and leading member of the Royal Society, an association of eminent scientists. In 1766, Phipps and Banks had embarked on a successful expedition to Newfoundland and Labrador on the HMS Niger. Banks later published the first “linnean” descriptions of the plants and animals that he had identified on the expedition. He then embarked on a voyage to the South Pacific from 1768 to 1771 and subsequently visited South Africa, Brazil, the Isle of Wight, the Hebrides, Iceland, and the Orkney Islands. The Arctic expedition was of great importance to Banks, who instructed Phipps on the types of observations and specimens to collect, such as a live polar bear cub. Banks would go on to be elected as president of the Royal Society in 1778, a post he would retain for 41 years.

Phipps had volunteered to command the Racehorse and the Carcass on the Arctic expedition. His crew included an astronomer by the name of Israel Lyons, a naturalist, as well as Dr. Charles Irving, the lead scientist. Vassa assisted Irving in distilling sea water, and was his personal servant. Besides operating Irving's distillation device, Vassa assisted in recording water temperatures and gravity during the voyage, as well as collect zoological specimens. The prospect of identifying a route to the Far East by sailing northeast rather than northwest was the purpose of the expedition, as such a route would cut months off the nearly two-year-long voyage to the Pacific. Ultimately, the expedition was a failure, as the polar ice prevented the ships from venturing very far to the east of northern Scandinavia. In his Interesting Narrative, Vassa describes a near fatal incident in which the two boats were caught in the ice and the crew feared that they would be squeezed to pieces. Luckily the ice loosened and they were able to escape to open sea. The following year, Phipps published A Voyage towards the North Pole Undertaken by his Majesty’s Command. Upon returning to London, Vassa continued to work for Irving, likely assisting him with various experiments such as collecting and preserving zoological and botanical specimens as well as surveying two or more locations in the Svalbard Archipelago.

Vassa’s involvement with the scientific community did not end there. In 1776, he was recruited by Alexander Blair and Irving to be part of a plantation scheme to produce castor oil and cotton on the British-controlled Mosquito Shore, south of Cabo Gracias a Dios on the Rio Grande de Matagalpa in Central America. While the plantation was a dismal failure, Vassa’s association with Blair acquainted him with members of the Lunar Society, many of whom made significant contributions to the Industrial Revolution. Blair was an investor connected to distinguished chemist James Keir and the famed steam machine inventor, James Watt. Blair and Keir purchased Tipton Chemical Works in 1778 in Staffordshire to produce nitric and hydrochloric acids, red and white lead, and alkali, among other chemicals, which were used for manufacturing soap. The factory was established at the former site of Bloomsmithy Mill in an area later referred to as Black Country, the area just west of Birmingham, due to the heavy pollution from the concentration of factories and coal mines in the region. Blair partnered with Keir again in 1794 to develop the Tividale Colliery, which was also located in Black Country. Both men were members of the Royal Society. Keir was best remembered for having invented modern-day soap and for revolutionizing the Stourbridge Glass Industry and the Soho Company. He was a member of the Lunar Society of Birmingham, a dinner club and informal learning society, whose members included prominent industrialists and intellectuals, such as Matthew Boulton, James Watt, and Josiah Wedgwood. Watt’s famed improvement to the steam engine is recognized as the “mechanical workhorse of the Industrial Revolution.” Many of these men were subscribers to Vassa's Interesting Narrative.

In tandem with the beginning of industrialization, came the release of an extremely important book, The Wealth of Nations (1776) by Scottish economist, Adam Smith. Smith advocated “laissez-faire” economics, a philosophy of free market capitalism that sees minimal interference from the government in the economic affairs of individuals and society as the key to prosperity. His ideas became a driving force in the Industrial Revolution. Abolitionists, such as James Ramsay and later Vassa were influenced by these principles, arguing that free men will work harder than slaves as they are motivated by natural self-interest rather than violence. Thus, they believed, free labour was more profitable than slave labour. Vassa included this economic argument against the slave trade in The Interesting Narrative.

As Vassa’s autobiography gained popularity, his life story attracted the interest of the so- called “father of physical anthropology,” Johann Friedrich Blumenbach of Berlin. The men were mutually acquainted through the President of the Royal Society Joseph Banks and met in person at some point between December 1791 and March 1792. While Blumenbach was not an outspoken abolitionist, he did oppose the slave trade. In two of his papers, Observations of Bodily Conformation and Mental Capacity of the Negroes (1799) and Contributions to Natural History (1805), he speaks of “the good disposition and faculties” of formerly enslaved Africans, such as Ignatius Sancho, Gustavus Vassa, and Phillis Wheatley. To prove his point, he collected books written by authors with West African ancestry, including Vassa’s Interesting Narrative. In 1790, Blumenbach wrote a length review of Vassa’s autobiography in which he deemed Vassa to be “[Yet] another virtuous Negro, who shows himself to be a useful and pleasant writer.” He summarized parts of Vassa’s autobiography in his review, noting Vassa’s attentiveness and eagerness for knowledge, and was involved in seeing that The Interesting Narrative was translated into German. Blumenbach even mentioned Vassa in his book, Beyträge zur Naturgeschichte (1806). Vassa’s success as a writer was of great interest to Blumenbach, as it illustrated how environment can influence intellect, regardless of race.

Sullivan, Janet C. “Paying the Price for Industrialization: The Experience of a Black Country Town, Oldbury, in the Eighteenth and Nineteenth Centuries,” PhD Thesis, University of Birmingham, 2014. 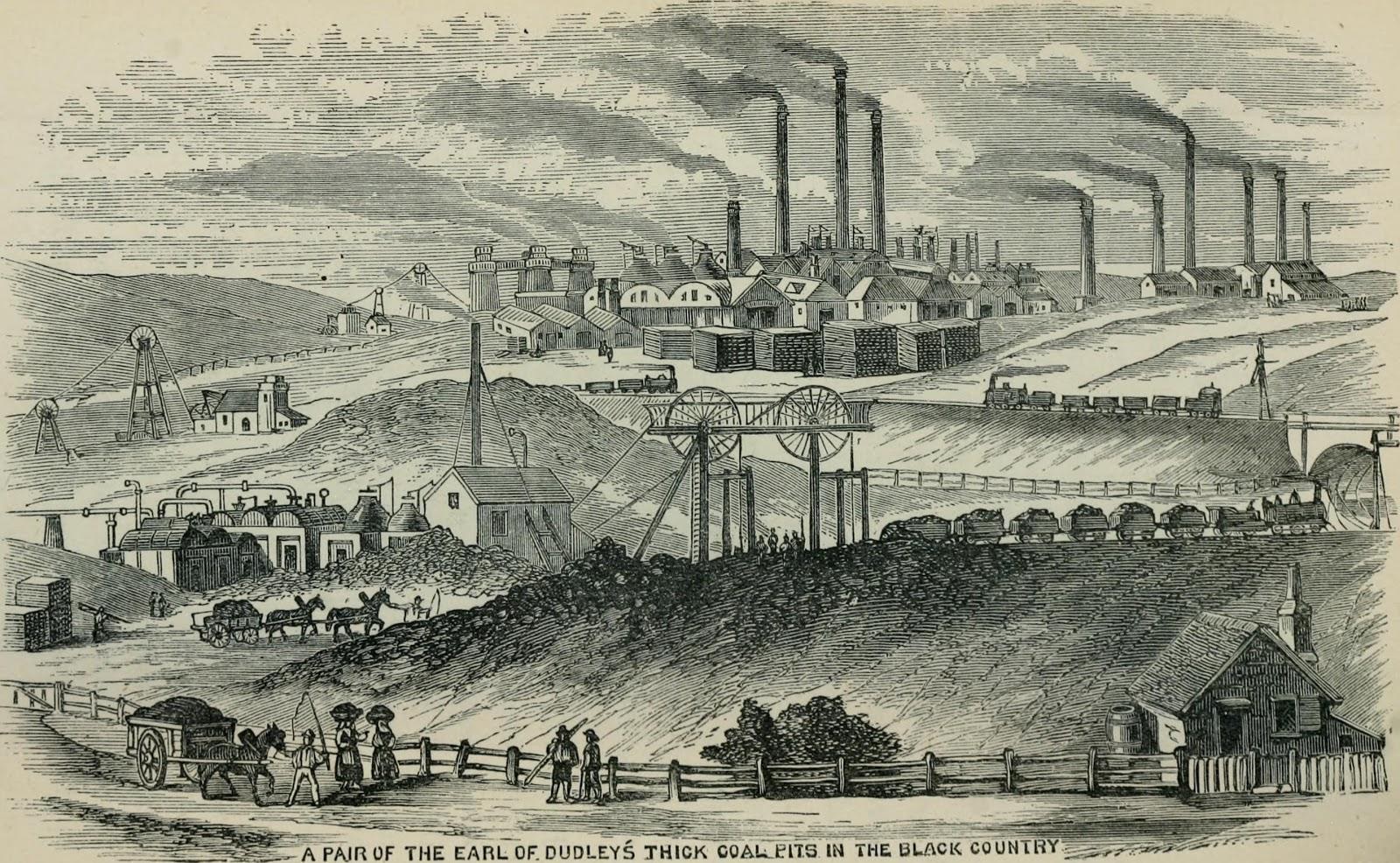 Engraving of Black country in England, West of Birmingham in Samuel Griffin, Guide to the Iron Trade of Great Britain (London: Published for the Proprietor, 1873).