Vassa was an early interpreter of ethnicity and what it meant to be what. How did he want to identify? How did he want to be perceived by others, particularly and most especially white British society that as heavily involved in the slave trade as the most important slave trading country in the second half of the eighteenth century. He couldn't know that Britain, the largest slave trading nation in the world, would commit what Seymour Drescher has labelled for different reasons than what is being discussed here as "econocide." Vassa's perspective, very different from Drescher's, was from someone who had been enslaved and taken across the Atlantic in barbaric, conditions of imprisonment. Vassa understood the economic and political system built on slavery, and while his personal experiences were tempered by his good fortunate in serving in the Seven Years War, he was a keen observer and reported in a manner that informs modern scholarship and recounts the voice of oppression that is too often minimized and obfiscated.

So who was he?  Equiano or Vassa? Igbo slave boy or South Carolina baby? He called himself African, and he associated his identity with Ethiopians and Libyans. He compared his societal origins with Jews and Muslims. He was a devote Christian, and he married a Scottish woman from Ely, not far from where Thomas Clarkson hailed. He associated with radical intellectuals and activists who were sympathetic to the revolution in the French colony of St. Domingue before it became Haiti. He  could not possibly have known what scholarship has revealed about these complex topics, but we can look at what he said and thought. The exercise reveals a man with an unusually perceptive mind.

He identified as "African" on the cover page of his autobiography and on other occasions, in newspapers, letters, and in public. To the "Lords Spiritual and Temporal, and the Commons of the Parliament of Great Britain," he referred to himself as "an unlettered African." He compared "Eboan Africans" with "modern Jews." He signed his appeal to Queen Charlotte on 21 March 1788 as the "Oppressed Ethiopian."

Vassa clearly identified as an African. He referred to "these poor African prisoners" on slave ships; and to "us Africans of all languages." and contrasts "Africa" with European society in housing, horseback riding, and he refers to this fellow prisoners and that he "came to converse with different Africans" among whom he was one of the "terrified Africans" being sold in Barbados. When he was in Virginia, he "saw few or none of our native Africans, and not one sould who could talk to me."

Elsewhere he refers to "we Africans" and compares "African women" with white women, to the different "African nations" where he had been. and how "the whites to rob an innocent African girl of her virtue" and after his emancipation "being as in my original free African state." In Jamaica he "was surprised to see the number of Africans who were assembled together on Sunday" in Kingston, particularly at "a large commodious place, called Spring Path. Here each different nation of Africa meet and dance after the manner of their own country. They retain most of their native customs: they bury their dead, and put victuals, pipes and tobacco, and other things, in the grave wtith the corps [sic], in the same manner as in Africa."  He identified with "my oppressed African brethren" for whom the Quakers of Philadelphia had erected a school. Elsewhere he also refers to "the oppressed Africans" and himself as "an obscure African." On March 21, 1788 he noted that he "had the honour of presenting the Queen [Charlotte] with a petition on behalf of my African brethern" whose compassion he supplicated "for millions of my African countrymen, who groan under the lash of tyranny in the West Indies," asking for her interposition "in favour of the wretched Africans."

As for an Igbo identity, Vassa referred to himself as one of the "Eboans." He was aware of the presence of an Igbo community that included "Numbers of the natives of Eboe now in London" in 1789. He thought that "West Indian planters prefer the slaves of Benin or Eboe to those of any other part of Guinea, for their hardiness, intelligence, integrity, and zeal." Vassa was clearly wrong on this assessment because there are many accounts that indicate that Igbo were not wanted over others, and quite the contrary some indications suggest that they were wanted least. Moreover, the identification with Benin is inaccurate, because in the eighteenth century almost no enslaved Africans came from the Kingdom of Benin, which Vassa thought was the overlord of his own country, which it was not. Vassa apparently got the idea of a Benin connection through reading Benezet, whose geographical observations jump from Benin to Angola, missing the whole of the Bight of Biafra, which Vassa apparently tried to insert into that geographical description through attachment of Igboland to Benin. He considered his home, Essaka, to in "a charming fruitful vale" in a province or district called "Eboe." Vassa was aware that his language was spoken over a broad area in the interior of the Bight of Biafra, and he remembers when he passed into a land where he could not understand the language for the first time, very likely because he had then entered the Niger delta, where people also filed their teeth, which was a practice of which he was unawares. 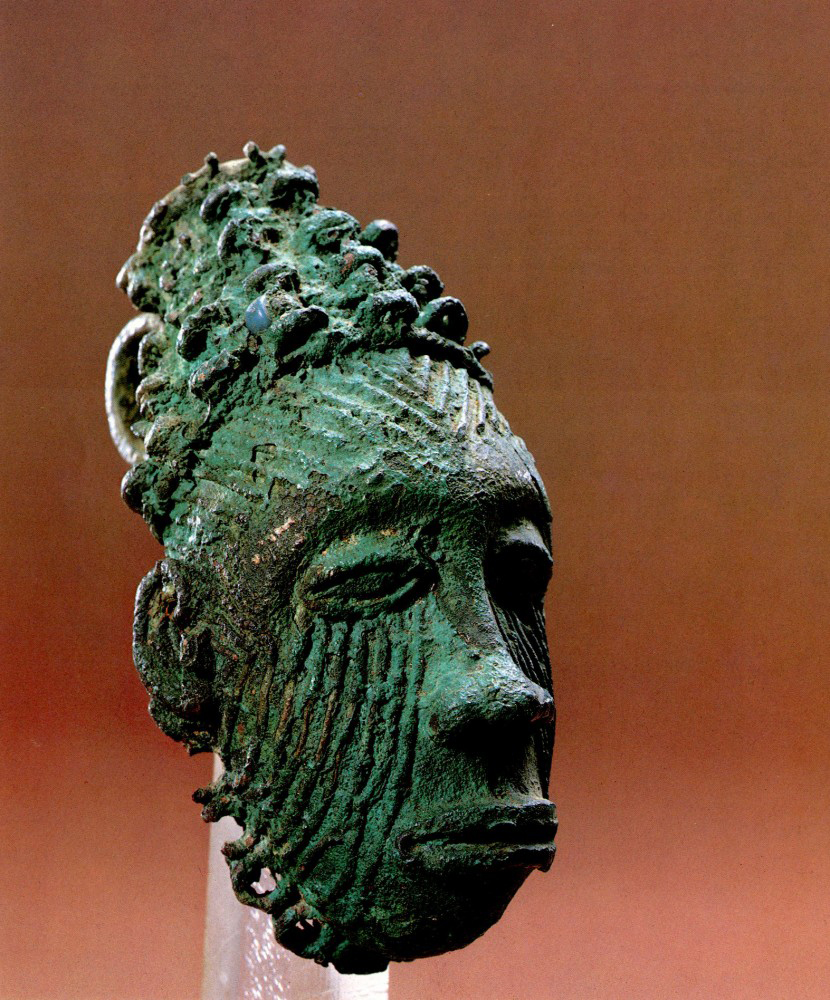 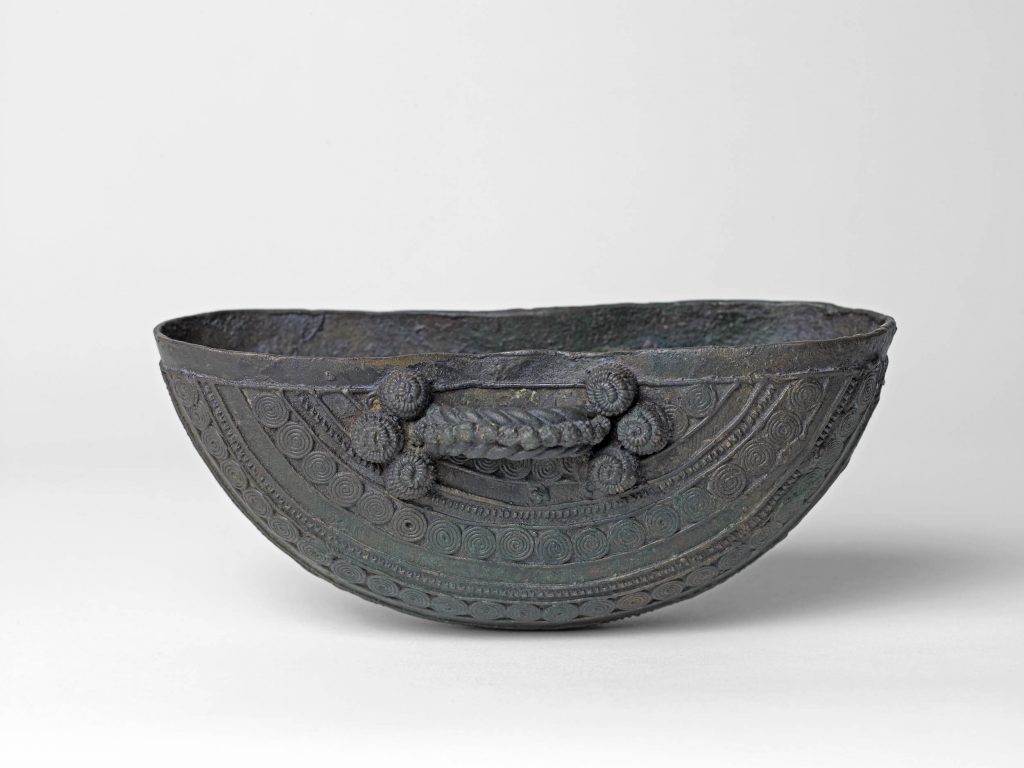 Bronze skeuomorph of a calabash by an Igbo male artist, presumed to be from Igbo Isaiah at Igbo Ukwu, Nigeria, 8th-10th century CE. © Trustees of the British Museum, London. 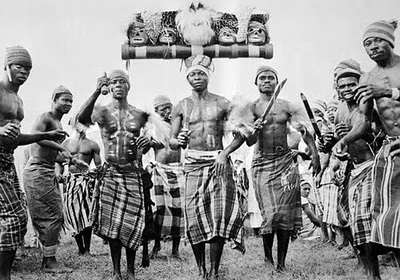