Gustavus Vassa and the Abolition of the British Slave Trade

The movement to abolish the trans-Atlantic slave trade evolved in the second half of the 1780s after Thomas Clarkson (1760-1846) completed his university degree at Cambridge. Clarkson's father was an Anglican priest and curate who became headmaster at Wisbech Grammar School. After finishing primary school and secondary school in London, Clarkson earned his undergraduate degree at St. John's College at Cambridge before undertaking an advanced degree, earning a prize for his essay written in Latin on the slave trade that considered the question of whether it was lawful to enslave the unconcenting (Anne liceat invitos in servitutem dare) in 1785. Rather than continue to ordination as an Anglican priest, he experienced a spiritual awakening that led him to devote his life to fighting slavery, first by collecting information on the trans-Atlantic slave trade and then helping to found the Committee for the Abolition of the Slave Trade.The Committee, largely made up of Quakers, spearheaded the abolition movement, especially after key members of the British Parliament became involved, most notably William Wilberforce. Gustavus Vassa became associated with the abolition movement through his role in the first attempt to establish a settlement in Sierra Leone, his public image in London newspapers as one of the "Sons of Africa" who published a number of letters in support of abolition, and his association with Granville Sharp and James Ramsay, two prominent abolitionists.

Vassa became prominent in the abolition movement with the publication of his autobiography, The Interesting Narrative in 1789. The narrative has been credited as crucial in the abolition campaign because he identified as an African and included his birth name, Olaudah Equiano, which was obviously an African name, in the credits of his book. His Interesting Narrative went through nine editions in the United Kingdom during his life time and was also published in New York. It was read widely, and his extensive tours of England, Scotland and Ireland to promote the book garnered support for the abolitionist cause. The book is still widely read in English literature and Black Studies courses, and remains in print in several popular editions as well as translations into a number of languages. There are over 25,000 sites on the web relating to this most interesting African and black Briton. His story is sometimes thought to represent the classic slave narrative, and it certainly characterizes the richness of eighteenth-century English literature. Considering that Vassa did not learn English until he was 12, his achievements are all the more remarkable. By the late 1780s and early 1790s, he was arguably the most outspoken African in the Atlantic world, and he was well know during the heady days of revolutionary France and the demand for parliamentary reform in Britain, as well as being prominent in thethe abolition of the slave trade, which he did not live to witness, dying in 1797, ten years before abolition was enacted in 1807 and 37 years before the emancipation of the enslaved in British colonies. There has been a considerable body of information collected on Vassa's role in the abolition movement, much of it published in the various editions of the Interesting Narrative, and most fully in the edition by Vincent Carretta, and numerous books and scholarly articles. 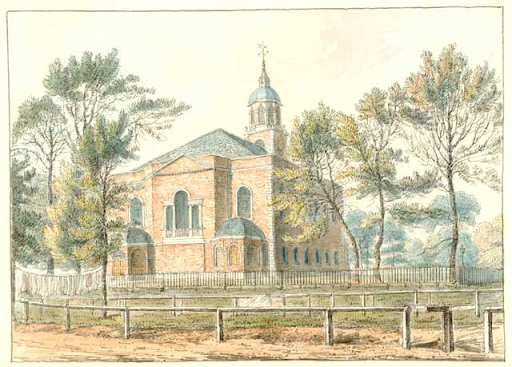 Watercolour of Holy Trinity Church, Clapham Common by an unknown artist (1809), Lambeth Archives, London. This was the church of the “Clapham Sect,” a group of evangelical Anglicans whom successfully campaigned for the abolition of slavery in the British commonwealth.