The legacy of The Interesting Narrative of the Life of Olaudah Equiano, or Gustavus Vassa, the African, Written by Himself, can be divided into two parts, divided chronologically. As Henry Louis Gates, Jr. has demonstrated, the Narrative was in many ways the model for the genre of "slave narratives" that were important in the abolitionist movement in the United States in the nineteenth century. These narratives allowed the voices of those who had been enslaved to be heard. The recovery of the biographies and autobiographies has been a major achievement of the Federal Writers' Project (1936-1940) and the North American Slave Narratives of Documenting the American South organized by William L. Andrews. In this initial phase, the author was identified as Gustavus Vassa, the name Olaudah Equiano only used as backup. The second phase of the legacy can be traced chronologically to the late 1960s, when it is often claimed that the text was rediscovered, in the form of an analysis of Vassa's childhood in Philip D. Curtin's inspirational Africa Remembered: Narratives of West Africa from the Era of Slavery (1967) and the publication of the first modern edition of The Interesting Narrative by Paul Edwards (1967). Since then The Interesting Narrative has almost always been credited to Olaudah Equiano, not Gustavus Vassa. Since the 1970s, Olaudah Equiano has emerged as the historic figure, the adoption of his birth name representing a political statement rather than historical accuracy in how the man himself saw himself or the way people at the time referred to him. The many editions that have appeared since 1967 and the biographies written about the man refer to Olaudah Equiano, and even to Equiano, as if that was a surname. The widespread recognition of the man in the decades since 1967 as Olaudah Equiano has shaped his legacy.

Among the many recognitions of Vassa's legacy, often attributed to him under his birth name, Olaudah Equiano:

The Equiano Societywas formed in London in November 1996. Its main objective is to publicise and celebrate the life and work of Olaudah Equiano.

In 1789 Vassa moved to 10 Union Street (now 73 Riding House Street). A City of Westminster commemorative green plaque was unveiled there on 11 October 2000 as part of Black History Month. Student musicians from Trinity College of Music played a fanfare composed by Professor Ian Hall for the unveiling.

Vassa is honored in the Church of England and remembered in its Calendar of Saints on 30 July, along with Thomas Clarkson and William Wilberforce who worked for abolition of the slave trade and slavery.

In 2007, the year of the celebration in Britain of the bicentenary of the abolition of the slave trade, Vassa's life and achievements were included in the National Curriculum, together with William Wilberforce. In December 2012 The Daily Mail claimed that both would be dropped from the curriculum, a claim which itself became subject to controversy. In January 2013 Operation Black Vote launched a petition to request Education Secretary to keep both Vassa, under the name Equiano, and Mary Seacolein the National Curriculum. The Rev. Jesse Jackson and others wrote a letter to The Times protesting against the mooted removal of both figures from the National Curriculum.

A statue of Equiano, made by pupils of Edmund Waller School, was erected in Telegraph Hill Lower Park, New Cross, London, in 2008.

A bust of Equiano is included in Martin Bond's 1997 sculpture Wall of the Ancestors in Deptford, London

Author Ann Cameron adapted Equiano's autobiography for children, leaving most of the text in Equiano's own words; the book was published in 1995 in the United States by Random House as The Kidnapped Prince: The Life of Olaudah Equiano, with an introduction by Henry Louis Gates Jr.

On 16 October 2017, Google Doodle honored Equiano by celebrating the alleged 272nd year since his birth.

In 2019, Google Cloud named an underwater cable running from Portugal through the west coast of Africa and terminating in South Africa after Equiano.

A 28-minute documentary, Son of Africa: The Slave Narrative of Olaudah Equiano (1996), produced by the BBC and directed by Alrick Riley, uses dramatic reconstruction, archival material and interviews to provide the social and economic context for his life and the slave trade.

Numerous works about Vassa, under the name Equiano, have been produced for and since the 2007 bicentenary of Britain's abolition of the slave trade:

Equiano was portrayed by the Senegalese musician Youssou N'Dourin the film Amazing Grace (2006).

African Snow(2007), a play by Murray Watts, takes place in the mind of John Newton, a captain in the slave trade who later became an Anglican cleric and hymn writer. It was first produced at the York Theatre Royal as a co-production with Riding Lights Theatre Company, transferring to the Trafalgar Studios in London's West End and a national tour. Newton was played by Roger Alborough and Equiano by Israel Oyelumade.

David and Jessica Oyelowo appeared as Olaudah and his wife in Grace Unshackled – The Olaudah Equiano Story (2007), a BBC 7 radio adaptation of Equiano's autobiography.

Equiano was portrayed by Jeffery Kissoon in Margaret Busby's 2007 play An African Cargo, staged at the Greenwich Theatre.

Equiano is portrayed by Danny Sapani in the BBC series Garrow's Law (2010). 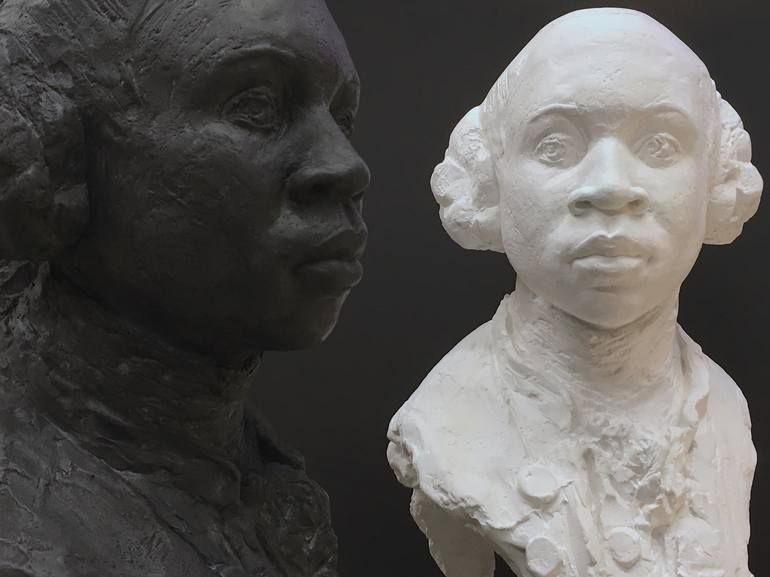