Approximately four million Africans were shipped from the African coast as slaves from the time the young Olaudah Equiano was kidnapped in 1753 in the interior of the Bight of Biafra to Brtiish abolition of the trans-Atlantic slave trade in 1807, ten years after his death in London as abolitionist Gustavus Vassa, The Bight of Biafra accounted for almost 16 percent of the Africans enslaved across the Atlantic in this period, which was about 682,000 men, women and children. The percentage may have been more since the African origins of approximately 13 percent of the total number who were transported is not known. More than a third of known departures during this period came from west central Africa and southeastern Africa, by comparison. 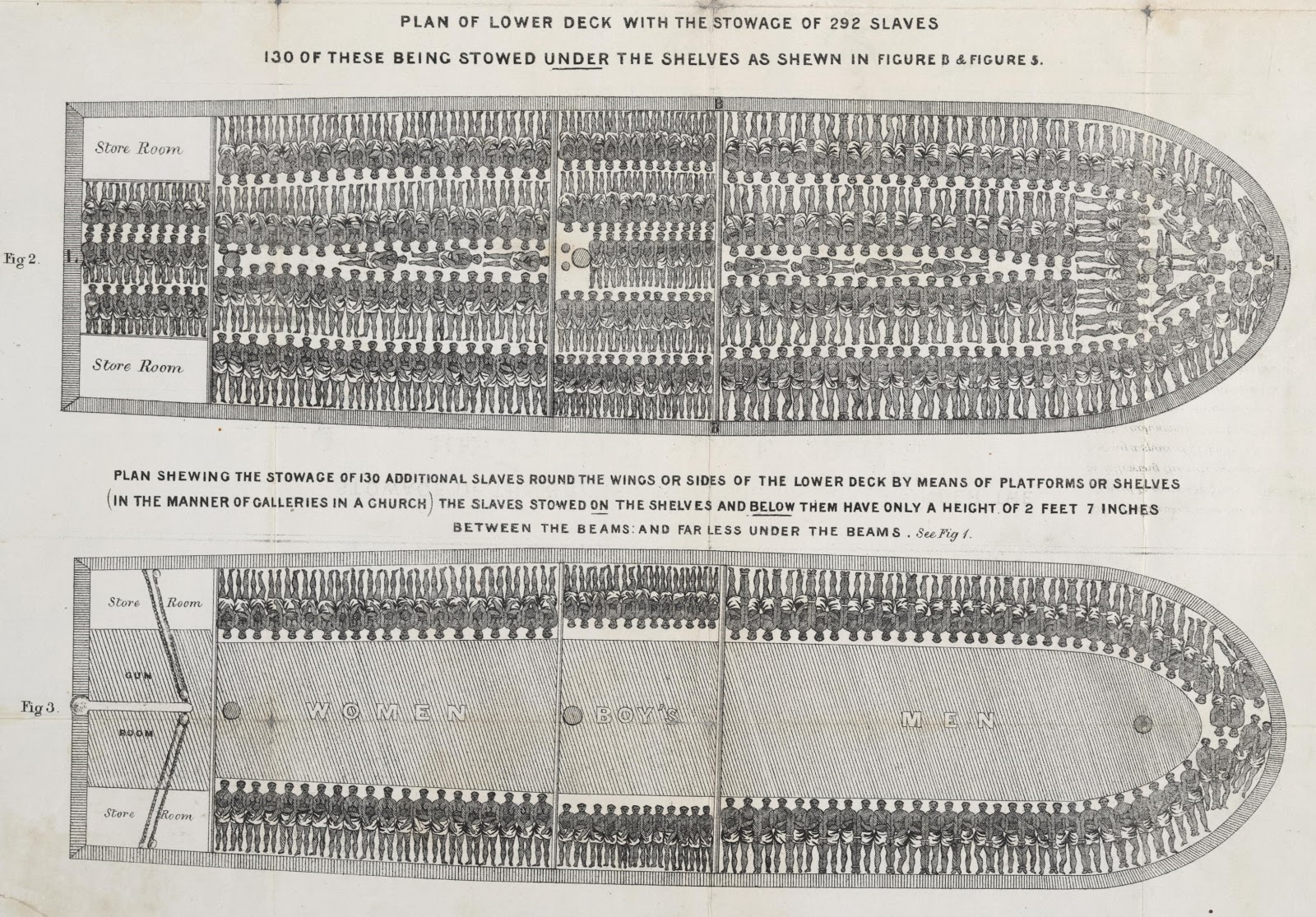 Stowage of the British slave ship Brookes under the regulated slave trade act of 1788. Plymouth Chapter of the Society for Effecting the Abolition of the Slave Trade (1788), United States Library of Congress, Prints and Photographs Division, Washington.