The Mosquito Shore of Vassa's day referred to the British protectorate of the Miskitu Kingdom located along the Caribbean coast from what today is Rio Tinto in Honduras past Cabo Gracias a Dos along the coast to Rio Grande de Matalgapa, Laguna de Perlas (Pearl Lagoon), and Bluefields to the San Juan River that today marks the border between Nicaragua and Costa Rica. The Miskitu population spoke an Amerindian language but demographically were a mixed population that included African descendants. Called the Mosquito Shore by the British, the territory was administered through a Superintendent who was under the authority of Jamaica. Indeed, the Miskitu were in effect autonomous, ruled by four officials with titles king, duke, admiral and general, who were invested in office in Spanish Town, the colonial capital of Jamaica, although as part of the peace treaty that ended the American War of Independence in 1784, the Mosquito Shore was ceded to Spain, against the wishes of the Miskitu and requiring the evacuation of British residents to Belize. The Mosquito Shore would subsequently revert to British control in the nineteenth century until it was finally annexed to Nicaragua in the 1890s. The two principal settlements where British merchants and some British plantations were located were Black River, now Rio Tinto, in the north, where the Superintendent resided, and Bluefields, named after the town on the southwestern coast of Jamaica, where there was a Moravian Mission. Vassa's association with the Mosquito Shore was through his connection with Dr. Charles Irving, who together with industrialist Alexander Blair, employed him to manage an abortive plantation scheme near the mouth of the Rio Grande de Matalgapa, where Irving and Blair hoped to produce castor oil and grow cotton, being prohibited by the Jamaican legislature from raising sugar cane.

Vassa's account of his adventure to the Mosquito Shore is filled with a number of inaccuracies and misunderstandings. He became acquainted with the Miskitu delegation that had gone to London in 1775 with Virginia merchant Terry in their attempt to bypass the Jamaican authorities in an unsuccessful effort to remove Robert Hodgson as Superintendent, not knowing apparently that Hodgson was the illegitimate son of the British Prime Minister and therefore entirely without prospect of being introduced to the British monarch, King George III. The four men included the son of the Miskitu king, also named George, who would become Miskitu king upon the death of his father from small pox a year later. They had become sick in London and were under the care of Dr. Charles Irving, whose designs for a settlement scheme were well advanced.

According to Vassa, his "old friend, the celebrated Doctor Irving" approached him in November 1775 with an offer to join an expedition to the Mosquito Shore, having "bought a remarkable fine sloops, about 150 tons," the Morning Star. Irving told Vassa that

He had a mind for a new adventure in cultivating a plantation at Jamaica and the Musquito Shore; asked me to go with him, and said that he would trust me with his estate in preference to any one. By the advice, therefore, of my friends, I accepted of the offer, knowing that the harvest was fully ripe in those parts, and hoped to be the instrument, under God, of bringing some poor sinner to my well beloved master, Jesus Christ. Before I embarked, I found with the Doctor four Musquito Indians, who were chiefs in their own country, and were brought here by some English traders for some selfish ends. One of them was the Musquito king’s son; a youth of about eighteen years of age; and whilst he was here he was baptized by the name of George. They were going back at the government’s expense, after having been in England about twelve months, during which they learned to speak pretty good English. When I came to talk to them about eight days before we sailed, I was very much mortified in finding that they had not frequented any churches since they were here, to be baptized, nor was any attention paid to their morals. I was very sorry for this mock Christianity, and had just an opportunity to take some of them once to church before we sailed. We embarked in the month of November 1775, on board of the sloop Morning Star, Captain David Miller, and sailed for Jamaica. In our passage, I took all the pains that I could to instruct the Indian prince in the doctrines of Christianity, of which he was entirely ignorant; and, to my great joy, he was quite attentive, and received with gladness the truths that the Lord enabled me to set forth to him. I taught him in the compass of eleven days all the letters, and he could put even two or three of them together and spell them. I had Fox’s Martyrology with cuts, and he used to be very fond of looking into it, and would ask many questions about the papal cruelties he saw depicted there, which I explained to him. I made such progress with this youth, especially in religion, that when I used to go to bed at different hours of the night, if he was in his bed, he would get up on purpose to go to prayer with me, without any other clothes than his shirt; and before he would eat any of his meals amongst the gentlemen in the cabin, he would first come to me to pray, as he called it. I was well pleased at this, and took great delight in him, and used much supplication to God for his conversion. I was in full hope of seeing daily every appearance of that change which I could wish; not knowing the devices of satan, who had many of his emissaries to sow his tares as fast as I sowed the good seed, and pull down as fast as I built up. Thus we went on nearly four fifths of our passage, when satan at last got the upper hand. Some of his messengers, seeing this poor heathen much advanced in piety, began to ask him whether I had converted him to Christianity, laughed, and made their jest at him, for which I rebuked them as much as I could; but this treatment caused the prince to halt between two opinions. Some of the true sons of Belial, who did not believe that there was any hereafter, told him never to fear the devil, for there was none existing; and if ever he came to the prince, they desired he might be sent to them. Thus they teazed the poor innocent youth, so that he would not learn his book any more! He would not drink nor carouse with these ungodly actors, nor would he be with me, even at prayers. This grieved me very much. I endeavoured to persuade him as well as I could, but he would not come; and entreated him very much to tell me his reasons for acting thus. At last he asked me, ‘How comes it that all the white men on board who can read and write, and observe the sun, and know all things, yet swear, lie, and get drunk, only excepting yourself?' I answered him, the reason was, that they did not fear God; and that if any one of them died so they could not go to, or be happy with God. He replied, that if these persons went to hell he would go to hell too. I was sorry to hear this; and, as he sometimes had the toothach, and also some other persons in the ship at the same time, I asked him if their toothach made his easy: he said, No. Then I told him if he and these people went to hell together, their pains would not make his any lighter. This answer had great weight with him: it depressed his spirits much; and he became ever after, during the passage, fond of being alone.

The Morning Star arrived in Jamaica on 14 January 1776. While Vassa thought he was converting the Miskitu to Christianity, it is more likely that his anti-papal picture book was fascinating because of the hostility of the Miskitu to the Spanish, since the Moravian Mission in Bluefields had already undertaken conversion. This is only one misunderstanding that Vassa reveals. His sense of geography of the Caribbean shore was also defective. According to Vassa,

On the twelfth of February we sailed from Jamaica, and on the eighteenth arrived at the Musquito shore, at a place called Dupeupy. All our Indian guests now, after I had admonished them and a few cases of liquor given them by the Doctor, took an affectionate leave of us, and went ashore, where they were met by the Musquito king, and we never saw one of them afterwards. We then sailed to the southward of the shore, to a place called Cape Gracias a Dios, where there was a large lagoon or lake, which received the emptying of two or three very fine large rivers, and abounded much in fish and land tortoise. Some of the native Indians came on board of us here; and we used them well, and told them we were come to dwell amongst them, which they seemed pleased at. So the Doctor and I, with some others, went with them ashore; and they took us to different places to view the land, in order to choose a place to make a plantation of. We fixed on a spot near a river’s bank, in a rich soil; and, having got our necessaries out of the sloop, we began to clear away the woods, and plant different kinds of vegetables, which had a quick growth. While we were employed in this manner our vessel went northward to Black River to trade. While she was there, a Spanish guarda costa met with and took her. This proved very hurtful, and a great embarrassment to us. However, we went on with the culture of the land.

The seizure of the Morning Star led to a lengthy diplomatic dispute and testimony before Parliament in London. The documents arising from the incident are included here. Almost simultaneous with the Morning Star incident, Vassa became disillusioned with the venture on the Rio Grande da Matagalpa, and by June 1776 resigned from his post as overseer and began to work his way back to London, stopping first in Jamaica having traveled down the coast as far as Panama and perhaps almost to Cartagena. . 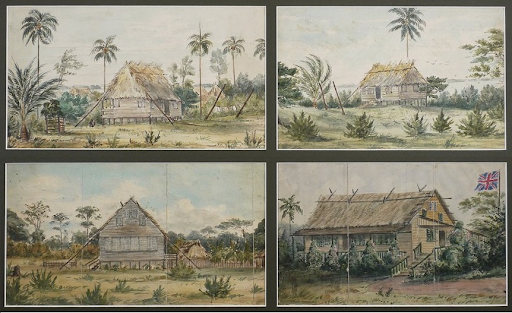 Dwellings in Bluefields on the Mosquito Shore by an unknown artist (c. 1845). Image Source: www.wayfarersbookshop.com 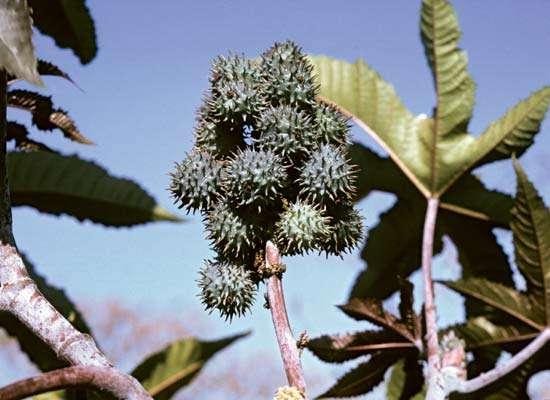 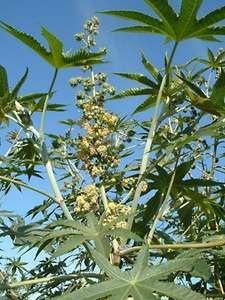