As a child, Olaudah Equiano was part of a family that included six siblings who lived beyond childhood. He had one sister and he was the youngest of the five boys. While he mentions only his mother, it is possible that his father had more than one wife. His father owned "many" slaves and was one of the elders of the village in which they lived, as attested by the fact that he had the ichi facial markings that designated that status. Olaudah's older brother also had received the ichi scarification, which was a further indication of the status of the family. As the youngest, he was considered his mother's favourite and even accompanied her when she went into seclusion during menstruation. When Olaudah was kidnapped, at what he thought was about the age of eleven, his sister was seized, too. While they met up again after their kidnapping, they were deliberately separated, which is the last contact that young Olaudah had with anyone in his family. None of the names of his kin are mentioned, although Vassa also remembers an uncle, who was the head of his own household. 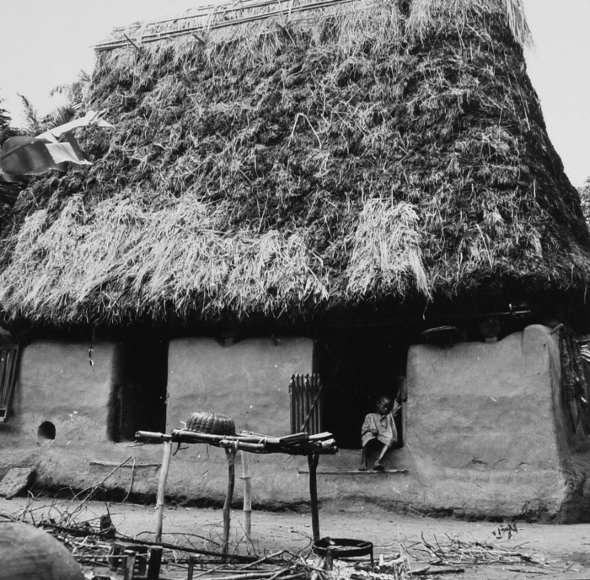 An Igbo home in Anambra state, Nigeria. Vassa's birthplace, which he calls "Essaka," is thought to be the present-day town of Isseke in Anambra. Photograph by Gerrit Willem Grootenhuis (1967), National Museum of World Cultures, Tropenmuseum, Amsterdam.