The London that Vassa came to know began in 1757 when Captain Pascal first took him to meet his cousins, the Guerin sisters and their brother. It is likely that Vassa was intended as a gift for Pascal's cousins, although in the end he kept him for himself, probably because of the outbreak of the Seven Years War and Pascal's desire to have a personal servant on board the Royal Navy vessels on which he served. The Guerins took a liking to Vassa, and oversaw his recovery from chilblains and small pox while he was in St. George hospital. They also encouraged him in his baptism into the Anglican church, which occurred at St. Margaret's Church, across from the Houses of Parliament and adjacent to Westminster Abbey, in 1759. Vassa's familiarity with London came via the Thames River and the various landmarks along the river from its entrance into the English Channel [all the place from the mouth of the Thames to Westminster]. Upon Vassa's return to London as a freeman in 1767, he first sought the support of the Guerins and unsuccessfully confronted his former master, Pascal, for unpaid xxx from his service during the Seven Years War. Through introductions, he apprenticed as a barber, but failing to make enough money to support himself, soon signed on to commercial vessels trading to the Mediterranean. Thereafter he intermittenly lived in London until he was able to earn enough money from the sale of his autobiography to shun the sea thereafter. His acquaintance with Dr. Charles Irving when he first began to dress men's hair in 1768 fortuitously was renewed upon his return from the Mediterranean, and he thereafter became an assistant to Irving in his venture to promote his desalination device for which he received a patent and a handsome grant from Parliament. Irving then because a scientist on the Arctic exploration of Constantine Phipps, later Lord Mulgrave, and through Irving, Vassa became acquainted with some of the leading scientists and industrialists of Britain in the 1770s, including Banks, Watt, Blair, and probably Kerr. He later lived on Union Street, adjacent to Middlesex Hospital in the Fitzrovia section of London between Marylebone and Saint Pancras in Middlesex. In the fall of 1790, Vassa was residing with the founder of the radical London Corresponding Society, Thomas Hardy and his wife Lydia, at No. 4 Taylors Building on St. Martin’s Lane near St. Martin-in-the-Fields. While living there, he prepared the third edition of the Interesting Narrative. He was able to lease Plaisterers’ Hall, one of the livery companies in the City of London, sometime in late 1790 or shortly thereafter, which is where he wrote his will on May 28, 1796. Vassa leased the building for investment purposes and rented it out to various commercial enterprises. He also resided on John Street, Tottenham Court Road, in Middlesex, and at the time of his death he was living on Paddington Street in Marylebone. He was buried in the church yard of Whitefield Tabernacle on Tottenham Court Road in 1797. 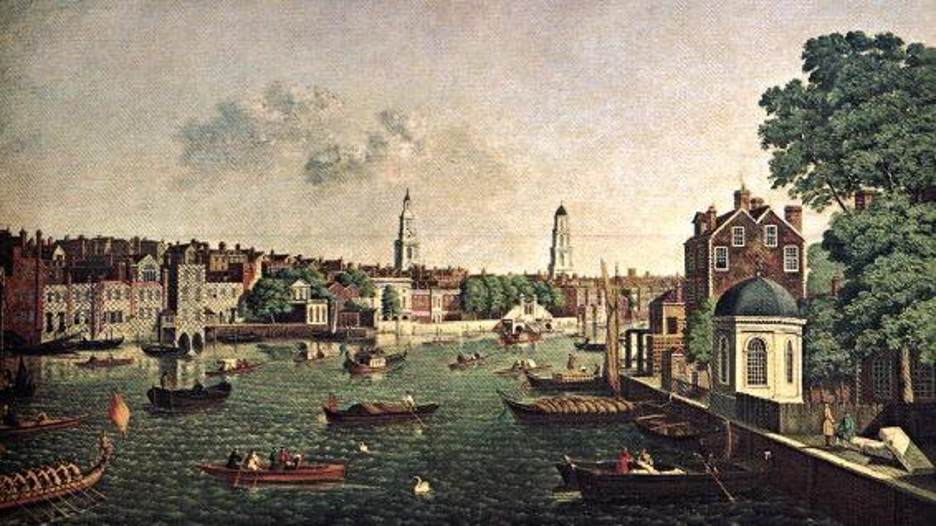 View of the Thames Showing the Savoy," by William James (1765), Parham House, Sussex. 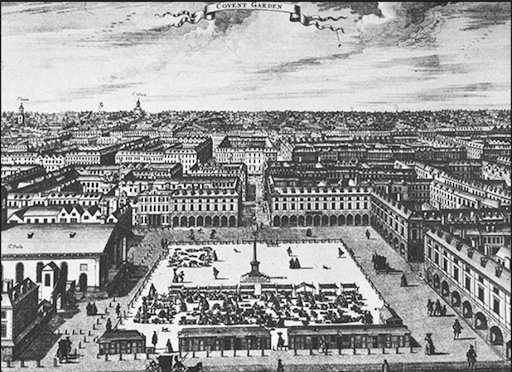