John Annis was a friend of Gustavus Vassa who had experienced slavery in the Caribbean. He spent many years enslaved under William Kirkpatrick on the island of St. Kitts. Later in his life, he was able to secure his freedom and travel to England. While he had been discharged from slavery, Kirkpatrick was a dishonest man and sought to re-enslave him. Kirkpatrick went to England in search, enlisting various ship captains to try and kidnap Annis and return him to St. Kitts. His first attempts proved unsuccessful, however.

In late 1773, Vassa had returned to London following his expedition to the North Pole under Constantine John Phipps. It was likely during this time that Annis and Vassa first met. Shortly thereafter Vassa joined the crew of Captain John Hughes’ ship, the Anglicania bound for Smyrna in Turkey. Vassa subsequently recommended Annis for a position as a cook on Hughes’ ship. Unfortunately, Kirkpatrick learned that Annis was on board while the ship was docked at Union-stairs, an area downriver from Westminster. On April 4, 1774, with the help of six men, Kirkpatrick kidnapped Annis and placed him on a return ship bound to St. Kitts. Vassa knew that Hughes and Kirkpatrick conspired against Annis, as Hughes made no attempt to rescue him nor did he pay him his outstanding wages. Thus, Vassa sought to secure Annis’s freedom.

Vassa enlisted leading abolitionist, Granville Sharp, to help rescue Annis. Sharp had become well-known in London’s African community for his legal aid in the case of James Somerset, an enslaved African who had been brought from Jamaica to England, and upon escaping servitude, was imprisoned on a return shop to Jamaica. Sharp’s contribution to the case proved invaluable. In a landmark decision, Lord Mansfield, the Chief Justice of King’s Bench, ruled that Somerset was a free man and that a slave master could not forcibly remove an enslaved person from England. While the Mansfield ruling did not abolish slavery, it denied slave masters the right to exercise their claims of ownership, as enslaved Africans could obtain their freedom by escaping captivity. In light of Mansfield’s decision, Kirkpatrick’s actions were clearly illegal. Sharp sought a legal judgment against Kirkpatrick as well as the captains who had conspired in his kidnapping; however, he was released on bail the following morning. The lawyer that Vassa hired on behalf of Annis was negligent. He took payment for his services yet did nothing for months, while Annis was returned to the Caribbean. Neither Vassa nor Sharp were successful in regaining Annis’ freedom. They later learned that after Annis had reached St. Kitts, he was treated with the utmost cruelty. He was chained, cut, and flogged until he died.

The Annis affair was significant for Vassa. It marked his first contact with leading abolitionist and thereafter life-long friend, Granville Sharp, who was an important influence on Vassa’s views regarding slavery. Prior to meeting Sharp, Vassa was a reformist, he did not seek to abolish slavery as an institution but merely ameliorate the conditions for those who were enslaved. He saw the kidnapping of Annis as an isolated event, not indicative of the horrors of the slave trade but rather of a uniquely cruel master. Slavery was thus unjust for Annis but not necessarily for all individuals. In 1776, Vassa was clearly reformed-oriented and willingly participated in the plantation scheme of Dr. Charles Irving and Alexander Blair on the Mosquito Shore of Central America. Vassa subsequently resigned his position as overseer of the plantation on the Rio Grande de Matagalpa due to disillusionment.

Image 1: Photo of Brimstone Hill Fortress National Park is a UNESCO World Heritage Site, a well-preserved fortress on a hill on the island of St. Kitts in the Federation of St. Christopher (St. Kitts) and Nevis in the Eastern Caribbean..

This webpage was last updated on 13-Apr-2019 Fernanda Sierra 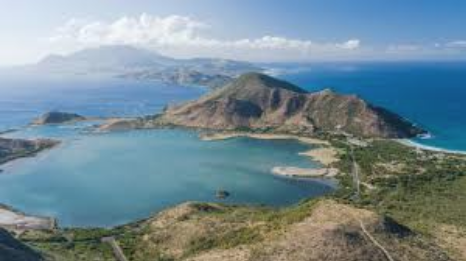