Sir John Fielding, born in 1721 in Westminster, London, was an English magistrate and social reformer. He was the half-brother of Henry Fielding (1707-1754), author of the comic novel Tom Jones. John succeeded his brother as the leading magistrate at Bow Street in 1754. John and Henry were known for their efforts to improve the police and for inaugurating important reforms during a time when crime rates were high. Henry acquired funding of £200 from the government to support better policing and prosecution efforts, including compensation to officers for their efforts in investigations and arrests. When John took over his brothers’ position, he continued to receive the same funding for policing. In the 1760s, the funds were raised to £600, which was sufficient for him to make Bow Streetcourt known for the way in which it dealt with justice skillfully and promptly. John became blind in an accident in the Navy when he was 19.

Sir John Fielding was not directly associated with Gustavus Vassa, however one of Fielding’s works was mentioned in The Interesting Narrative to better explain or express what one Captain Doran feared in relation to the enslaved. The extract was from Extracts from Such of the Penal Laws, as Particularly Relate to the Peace and Good Order of this Metropolis… A New Edition. Fielding, like Captain Doran, feared that enslaved people would rebel against those who brought them to England to be their servants, because they had a taste for liberty and were advised by others to fight for their rights. They feared the dangers that these servants might bring to England.

John Fielding died on 4 September 1780 after suffering from a painful illness for a long time. He was buried in Chelsea Parish Church on 13 September.

The immense Confusion that has arose in the Families of Merchants and other Gentlemen who have Estates in the West-Indies, from the great Number of Negro Slaves they have brought into this Kingdom, also deserves the most serious Attention; many of these Gentlemen have either at a vast Expence caused some of these Blacks to be instructed in the necessary Qualifications of a domestic Servant, or else have purchased them after they have been instructed; they then bring them to England as cheap Servants, having no Right to Wages; they no sooner arrive here, than they put themselves on a Footing with other Servants, become intoxicated with Liberty, grow refractory, and either by Persuasion of others, or from their own Inclinations, begin to expect Wages according to their own Opinion of their Merits; and as there are already a great Number of black Men and Women who have made themselves so troublesome and dangerous to the Families who brought them over as to get themselves discharged; they enter into Societies, and make it their Business to corrupt and dissatisfy the Mind of every fresh black Servant that comes to England; first, by getting them christened or married, which they inform them makes them free (tho’ it has been adjudged by our most able Lawyers, that neither of these Circumstances alter the Master’s Property in a Slave).However it so far answers their Purpose, that it gets the Mob on their Side, and makes it not only difficult but dangerous to the Proprietor of these Slaves to recover the Possession of them, when once they are spirited away; and indeed it is the less Evil of the two, to let them go about their Business, for there is great Reason to fear that those Blacks who have been sent back to the Plantations, after they have lived some time in a Country of Liberty, where they have learnt to write and read, been acquainted with the Use, and entrusted with the Care of Arms, have been the occasion of those Insurrections that have lately caused and threatened such Mischief and Dangers to the Inhabitants of, and Planters in the Islands of the West-lndies; it is therefore to be hoped that these Gentlemen will be extremely cautious for the future, how they bring Blacks to England, for besides that they are defeated in the Ends that they propose by it, it is a Species of Inhumanity to the Blacks themselves, who while they continue Abroad in a Degree of Ignorance so necessary to render a State of Slavery supportable, are in some Measure contented with their Condition, and cheerfully submit to those severe Laws which the Government of such Persons makes necessary; but they no sooner come over, but the Sweets of Liberty and the Conversation with free Men and Christians, enlarge their Minds, and enable them too soon to form such Comparisons of different Situations, as only serve when they are sent back again to imbitter their State of Slavery, to make them restless, prompt to conceive, and alert to execute the blackest Conspiracies against their Governors and Masters (pp. 143-145). (Carretta, Penguin edition, pg., note 281) 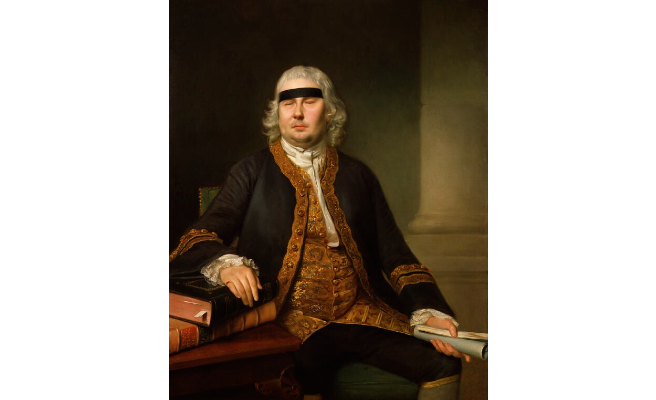