Aside from the information given to us by Vassa in The Interesting Narrative, there is not much information about Daniel Queen or Quin. Daniel Queen was a forty year old seaman who was aboard the ship Aetna, he attended to the captain of the ship. He was listed in the Aetna’s pay book as “Daniel Quin, able seaman,” according to Carretta (Penguin edition, p. 266, note 261). He was very kind to Vassa and taught him to shave and hairdressing as well as reading the Bible. Vassa says that this man was like a father figure to him.

“While I was in the Aetna particularly, the captain's clerk taught me to write, and gave me a smattering of arithmetic as far as the rule of three. There was also one Daniel Queen, about forty years of age, a man very well educated, who messed with me on board this ship, and he likewise dressed and attended the captain. Fortunately this man soon became very much attached to me, and took very great pains to instruct me in many things. He taught me to shave and dress hair a little, and also to read in the Bible, explaining many passages to me, which I did not comprehend. I was wonderfully surprised to see the laws and rules of my country written almost exactly here; a circumstance which I believe tended to impress our manners and customs more deeply on my memory. I used to tell him of this resemblance; and many a time we had sat up the whole night together at this employment. In short he was like a father to me; and some even used to call me after his name; they also styled me the black Christian. Indeed I almost loved him with the affection of a son. Many things I have denied myself that he might have them; and when I used to play at marbles, or any other game, and won a few halfpence, or got any little money, which I did sometimes, for shaving any one, I used to buy him a little sugar or tobacco, as far as my stock of money would go. He used to say, that he and I never should part; and that when our ship was paid off, as I was as free as himself or any other man on board, he would instruct me in his business, by which I might gain a good livelihood.” (Pg. 91) 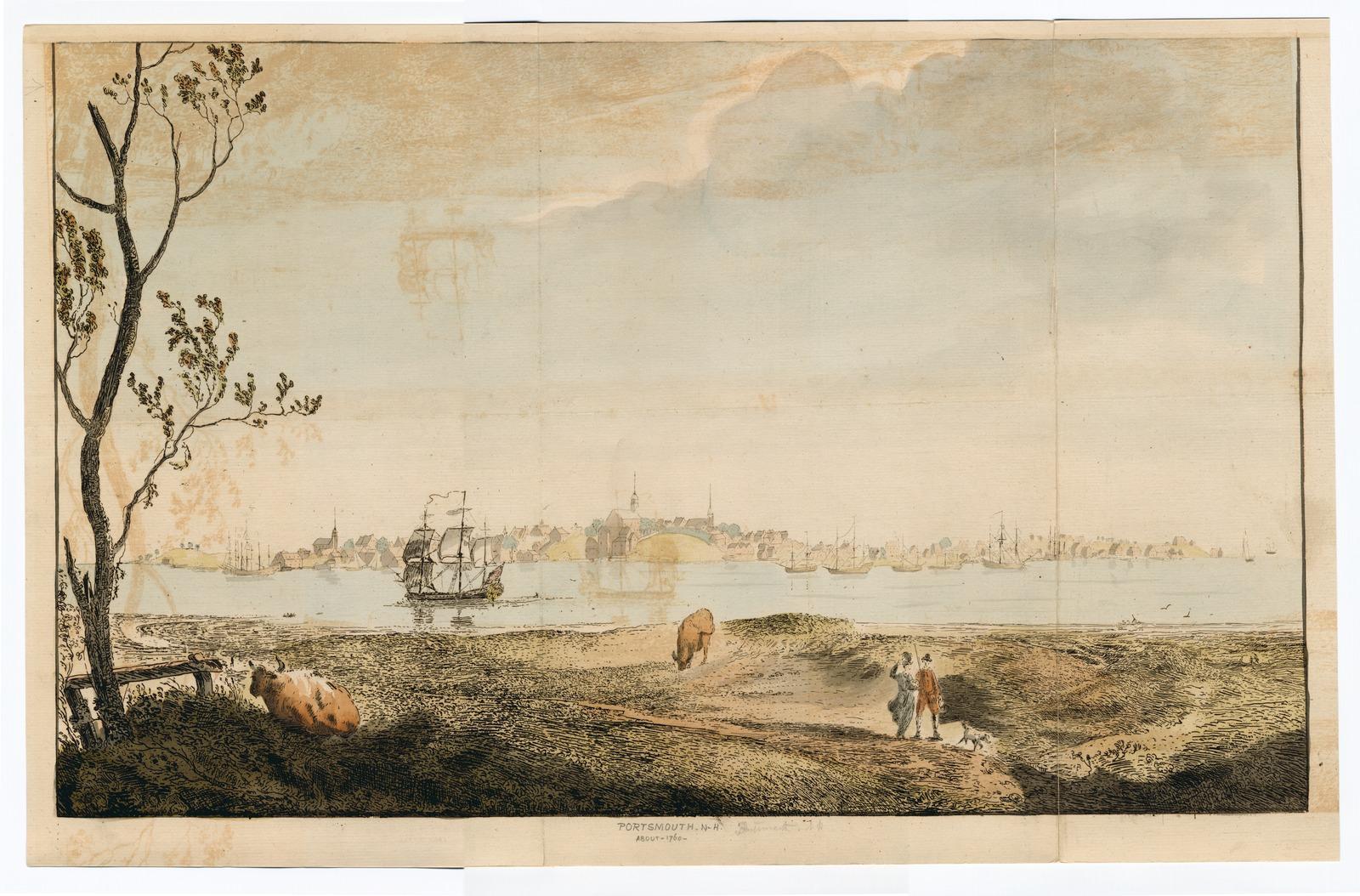 An engraved view of Portsmouth Harbour from the Gosport shoreline by Samuel & Nathaniel Buck, 1749; The West Prospect of Portsmouth in Hampshire, Richard Martin Gallery