Constantine John Phipps, the second Baron Mulgrave in the peerage of Ireland and Great Britain, was born in London on May 30, 1744. He was an officer of the British Navy, a politician and the eldest son of the first Lord Mulgrave and his wife, Mary Lepell. From 1755 to 1758, he attended Eton College, where he met Sir Joseph Banks, a British naturalist and the President of the Royal Society for over 41 years. In January of 1759, he joined his uncle, Captain the Hon. Augustus Hervey, at sea and was promoted to lieutenant. He later became the commander of the Diligence and in June of 1765, the captain of the Terpischore. In 1766, along with Sir Joseph Banks, he embarked on an expedition to Newfoundland and Labrador, the goal of which was to undertake coastal surveys and to research local fishery conservation efforts. In 1773, he commanded two vessels, the Racehorse and the Carcass, on an exploration of the Arctic Ocean, seeking an alternate passage to the Pacific. The crew for the voyage included an astronomer by the name of Israel Lyons, the naturalist; Dr. Charles Irving, and Irving's assistant, Gustavus Vassa. While the expedition provided ample opportunity for research, the ice posed an insurmountable challenge and the crew did not reach the Pacific. The following year he published a book about the journey, titled A Voyage towards the North Pole Undertaken by his Majesty's Command.

From 1768 to 1774, he acted as the MP for Lincoln and was an important speaker on the Opposition side. In 1775, after the passing of his father, he became Baron Mulgrave in the peerage of Ireland and in 1777, the MP for Huntingdon constituency and one of the Lords of the Admiralty. Throughout his political career, he continued to serve as naval officer, commanding the Courageux in the battle of Ushant during the American War. He was the Admiralty's principal speaker in the House of Commons up until the fall of the North ministry in April 1782. He was a key figure in managing the 1779 and 1781 crises during which time Franco-Spanish fleets infiltrated the British channel. In June 1781, he was appointed the commander of a large raid on Flushing.

Even after being ejected from the Admiralty, he continued to be regarded as a respected politician. In 1783, he joined William Pitt's administration and became the MP for Newark. He was later given the office of joint paymaster-general, and a position on the Board of Trade and the Board of Control. In 1790, he was named a peer of Great Britain as Baron Mulgrave, thus entering the House of Lords, but resigned the following year due to poor health. He died on October 10, 1792 and was succeeded by his brother. His daughter was his sole heir. 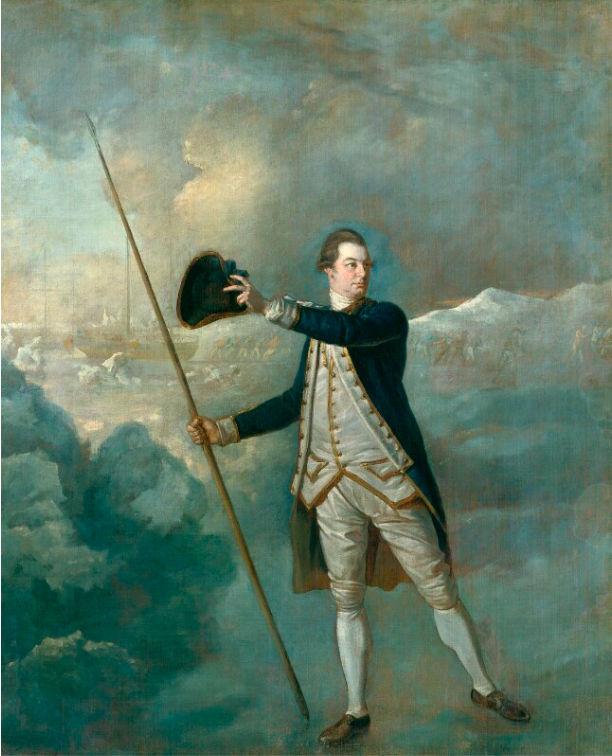