John Clarkson, the younger brother of leading abolitionist Thomas Clarkson, was born on April 4, 1964 in the old Grammar School in Wisbech, Cambridgeshire. John was named after his father, Reverend John Clarkson, who was also the headmaster of the free grammar school where he and his two siblings, Thomas and Anne, were born. In 1777 at the age of 12, John was recruited by the Royal Army and became a young gentleman on Captain Joshua Rowley’s ship, the HMS Monarch. He served on nine different ships during the War of American Independence, defending the West Indies. Facing scant prospects of promotion following the end of the war in 1783, John returned home as a half-pay lieutenant.

At this time, John’s brother Thomas Clarkson was becoming involved in the abolitionist cause. In 1786 with the help of Quaker bookseller James Phillips, Thomas published his landmark An Essay of the Slavery and Commerce of the Human Species, Particularly the African. Its publication led to the creation of the Committee for the Abolition of the Slave Trade, which made headway when it gained the support of the MP of Yorkshire, William Wilberforce. The 12 founding members were Quakers, with the exception of Thomas Clarkson, Granville Sharp, and Philip Sansom. John Clarkson was inspired by the crusade having witnessed the brutality of flogging as punishment in the Navy and subsequently having spent six months studying the French slave trade at Le Havre from 1788 to 1789. He became actively involved in the abolitionist cause, helping his brother to edit his writings and was elected as a committee member in 1791.

That same year, the Sierra Leone Company was incorporated through an act of Parliament after Thomas Peters, a black loyalist from Nova Scotia, requested assistance to establish a second settlement in the ruins of the Granville Town colony that was destroyed in 1789. Thomas became a board member and John a shareholder in the company. To recruit settlers for the new venture, John travelled to Halifax to appeal to the black loyalists of Nova Scotia to re-settle in Sierra Leone. His efforts were supported by Peters and appealed especially to the many Nova Scotians who adhered to the Huntingdonian Connexion, with which Gustavus Vassa was also associated. Clarkson’s recruitment resulted in the departure on January 15, 1792, of 15 vessels, carrying 1196 free black Nova Scotians which reached Sierra Leone on March 6th of that year. The voyage was full of hardships. Sickness resulted in 67 deaths and John himself almost died. The friendship with Peters dissolved, although the majority of settlers rallied behind John, whom they referred to as their “Moses.” The “Freetown” settlement was established in February 1792 and John was named its governor. The majority of the settlers saw the colony as a “promised land of freedom” but were soon confronted with issues of rampant corruption and unequal land distribution. Disillusioned with his role as governor, Clarkson returned to England on December 29, 1792. On April 24, 1793 he was dismissed from his position following a series of disputes with the company directors. He never returned to Sierra Leone, although he continued to donate money to the colony. John and many of the shareholders in the Sierra Leone Company, including chairman, Henry Thornton, were among Gustavus Vassa’s original subscribers to his autobiography. Following his dismissal, John was no longer an active participant in the abolitionist movement.

On April 24, 1793 John married Susan Lee, the daughter of a wealthy banker. The couple moved to Purfleet in Essex and John took charge of a large estate that belonged to a local brewer named Mr. Whitbread. He also became the manager of Whitbread’s chalk and lime quarry. The couple had ten children, only four of whom outlived John. In 1820, he left the Whitbread Company and became a banker at Woodbridge in Suffolk, not far from where his brother lived in Playford. In 1828, John passed away from heart disease and was buried in St. Mary’s churchyard. His last words were in reference to his brother’s work as an abolitionist. He indicated that “it is dreadful to think, after my brother and his friends have been labouring for forty years, that such things should still be”.

Image 2: Map showing Freetown from: Sierra Leone Company, An Account of the Colony of Sierra Leone, from its First Establishment in 1793 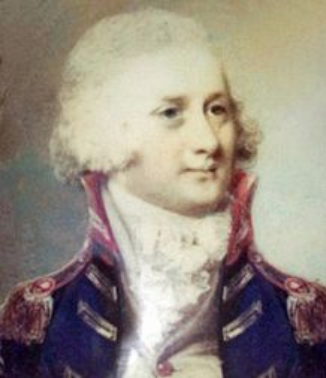