The group consisted of Gustavus Vassa, Ottobah Cugoano [John Stuart], George Robert Mandeville, William Stevens, Joseph Almaze, Broughwar Jogensmel [Jasper Goree], James Bailey, Thomas Oxford, John Adams, George Wallace, Yahne Aelane [Joseph Stuart], Cojoh Ammere [George Williams], Thomas Cooper, William Greek, and Bernard Elliot Griffiths. The Sons of Africa sought to make known the horrors of the transatlantic slave trade and to abolish the institution of slavery in the British colonies. They were deeply involved in the anti-slavery movement and worked intimately with the Society for the Abolition of the Slave Trade, a non-denominational group founded in 1787 by Granville Sharp and Thomas Clarkson. The Sons of Africa referred to Clarkson in their letters as a “constant and generous friend.” They kept in close contact with other British abolitionists, such as James Ramsay, Peter Peckard, and MP Sir William Dolben. They were closely allied with the Society of Friends, that is, the Quakers, who had deemed slavery a moral issue and were excommunicating members of their religious affiliation who refused to publicly denounce the slave trade.

The Sons of Africa used their literacy and educational background to petition the government and to conduct lectures on the need to put an end to slavery. They engaged in writing campaigns, publishing letters in widely circulated newspapers across Britain, in hopes of bringing an understanding of the brutality of the slave trade to the forefront of the public consciousness. Upon learning of the notorious Zong massacre in which 133 enslaved Africans were murdered in order to claim insurance, Vassa brought the case to Granville Sharp’s attention. Due to their affiliation with leading abolitionist groups, as well as the success of Vassa's and Cugoano’s autobiographies detailing their lived experiences of enslavement, the group was able to reach a large audience. Together, the Sons of Africa and the Society for the Abolition of the Slavery held public meetings to lecture about slavery and, in particular, the inhumane conditions on slave ships. They wrote letters to MP Sir William Dolben and accompanied him to see a slave ship in person, which ultimately led to the passing of the Slave Act of 1788, which sought to improve the conditions on these ships by limiting the number of captives that could be transported at a given time. The passing of this bill was one of the group’s greatest achievements.

Due to his public persona, Vassa became an important spokesperson for the group. He personally consulted with Dolben and led several delegations of the Sons of Africa to the Houses of Parliament to persuade MPs to abolish the slave trade in the British colonies. Among the members of Parliament, he met the Speaker of the House of Commons and the Prime Minister. Under his guidance, abolitionist, James Ramsay, developed a proposal to confront Members of the Parliament by providing them with copies of an address condemning the slave trade.

On December 15, 1787, Vassa along with others associated with the Sons of Africa, wrote a letter entitled, “the Address of Thanks of the Sons of Africa to the Honourable Granville Sharp Esq.” In the letter, the Sons of Africa, on behalf of their fellow countrymen unlawfully held in slavery, expressed their gratitude to Sharp for his role in advancing the abolitionist cause. The Sons of Africa referred to themselves as “we, who are a part, or descendants of the much-wronged people of Africa,” suggesting the Vassa and others believed that one need not have been born in Africa in order to identify as a son of Africa. It was not until the emergence of the anti-slavery activist movement and groups like the Sons of Africa, that Africa began to be seen as more than just a place but also an idea, greatly contributing to the development of an African diasporic public, social and political identity. 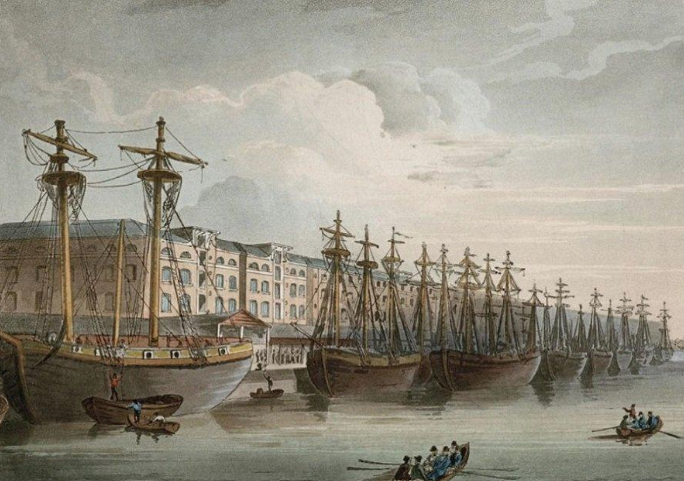