The “Black Poor” was a name that was given to indigent Black residents in London during the late eighteenth century, and as the term was used, it also applied to destitute whites. The community consisted predominantly of men who were brought to London in the Atlantic slave trade and had increased significantly with the arrival of Africans and African Americans who had fled to the British during the War of Independence of the thirteen colonies in North America. The Black Poor were not numerous; however, they were hyper-visible. Most of the Black Poor lived in poverty in East End parishes or in Marylebone and Seven Dials.

The plight of the Black Poor brought forth relief efforts. The Committee for the Relief of the Black Poor was established in 1786 after a local baker placed an advertisement offering to “give a Quatern Loaf to every Black in distress who will apply on Saturday next between the hours of twelve and two.” This advertisement led more people to become involved in meetings to organize relief efforts. The Committee attracted many of London’s financial elite, including George Peters, the Governor of the Bank of England, philanthropist Thomas Boddington, and General Robert Melville. The Committee raised £890 within a few months from donors including clergy. The largest donations were collected from Quakers.

The Committee organized two regular alms venues that provided outdoor relief: The White Raven tavern, located at Mile End and the Yorkshire Stingo, located in Lisson Grove, Marylebone. In addition, there was a sick house on Warren Street that provided indoor relief and medical attention to 40-50 men. Some aid recipients were provided with jobs, specifically seamen. Due to a lack of work at sea, the Committee helped recipients with aid who were willing to relocate to Halifax and surrounding Nova Scotia locations for employment.

In February of 1786, Henry Smeathman suggested that the Committee resettle the Black Poor in Sierra Leone. Humanitarians believed resettlement would be a means of showing pro-slavery lobbyists that Black people could contribute to the development of a Sierra Leone colony. Government officials became involved as they hoped to remove the Black Poor from the streets of London.

Towards the end of October 1786, applicants signed an agreement stating that they would retain their British status and be defended by the Royal Navy. Though the Committee recruited approximately 700 Black Poor, only about 441 boarded the three ships that prepared to sail from London to the Sierra Leone River via Portsmouth. Many Black Londoners were unhappy with the resettlement scheme due to the coercion utilized by the Committee along with the government force used to coerce the Black Poor aboard the ships.

Gustavus Vassa initially supported the resettlement scheme and was hired as Commissary Officer for the expedition. However, he later became one of the most vocal critics of the plan due to what he considered to be mistreatment of the Black Poor and the financial mismanagement of the Committee. Vassa argued with many of the leaders of the scheme, including the newly employed director of the organization, Joseph Irwin, following the death of Henry Smeathman. Vassa wrote a public letter to his friend, writer and Black leader, Ottobah Cugoano, who opposed the project, criticizing the leaders of the scheme. Following his public condemnation of the plan, Vassa was dismissed from his position.

On April 9, 1787, the ships sailed to Portsmouth with approximately 280 Black men, 40 Black women and 70 white women, who were considered prostitutes or believed to be the wives and girlfriends of the Black men on board. A total of 96 passengers died on the expedition between Plymouth and Sierra Leone. Those who survived arrived on the banks of the Sierra Leone River on May 15, 1787. They established what was called “Granville Town,” named after Granville Sharp, in the “Province of Freedom” on land obtained from King Tom of Koya Temne. The payment for the land was understood as an arrangement for permanent acquisition; however, it is believed that this was not clearly communicated to the Temne leaders who did not think permanent alienation of land had been negotiated. This led to disputes with the Koya leadership and King Tom’s successor, King Jimmy. As a result the settlement was set on fire in 1789, destroying it completely.

Following the destruction of the settlement, Alexander Falconbridge arrived in Sierra Leone to relocate the remaining Black Poor settlers, re-establishing Granville Town at a location near Fourah Bay. Hostilities between the Temne and the Black Poor continued, and the settlement was weakened further through illness. Eventually the settlement was eliminated, although Granville Town was later rebuilt by 64 surviving black and white settlers. Their descendants became part of the Sierra Leone Krio population.

Proceedings of the Committee for Relief of the Black Poor, 10 May 1786, T1 630, The National Archives, London.

Proceedings of the Committee for Relief of the Black Poor, 25 August 1787, T1 635, The National Archives, London. 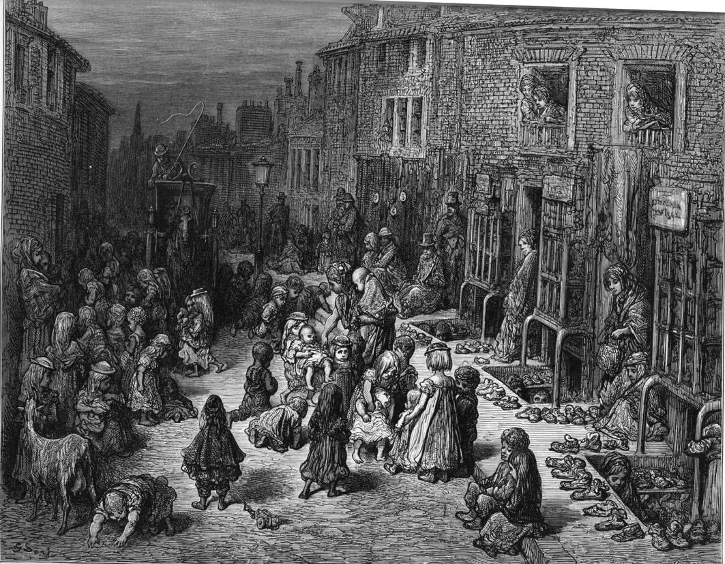