Gustav Vasa, otherwise known by his birth name Gustav Eriksson Vasa, is recognized as a national hero who freed the Swedish nation from Danish rule. He was born on May 12, 1496 in Stockholm, the son of the Swedish senator and nationalist, Erik Johansson. Vasa’s noble family had ties to the family of Sture, which supplied Sweden with three regents. Vasa’s father supported the party of Sten Sture the Younger, the regent of Sweden from 1512, who was in conflict with Danish King Christian II. In the battle of Brännkyrka in 1518 Sture’s army defeated the Danish forces. In the negotiations that followed, Sture sent six hostages to the Danes to ensure the safety of King Christian; Vasa was one of them. The Danish King breached the terms of the agreement when he fled to Denmark with Vasa, thus re-invigorating the conflict. In 1519, Vasa escaped to Lübeck in Germany. He returned to Sweden on May 31, 1520. By this time, King Christian II had taken over most of Sweden with the exception of Stockholm. In November of that year, during what became known as the “Stockholm bloodbath,” he killed Vasa’s father and two of his uncles. Vasa then rallied the people of Dalarna and Lübeck and successfully ousted the Danes, thus securing Sweden’s independence.

On June 6, 1523, Vasa was elected King. For many years, former King Christian and his heirs threatened his rule. His title was also challenged by various members of the Sture party and the men of Dalarna who opposed him on economic and religious grounds. To his enemies, he was deemed a cruel and vengeful tyrant; however, to most Swedes, he was considered a national hero. Vasa is best remembered for creating a strong monarchy. During his reign, he had few religious interests and was successful in a series of measures that consolidated the Reformation in Sweden. He confiscated property of the Roman Catholic church and placed the utmost importance on ensuring that he personally could supervise and exploit these lands. He leveraged land to achieve his political goals by bribing his nobility, which allowed him success with many of his policies. While some have deemed his actions immoral, he is, nonetheless, considered one of the great rulers of his time. He was a highly intelligent man whose careful planning led to nearly 40 years of stable governance. He eliminated Danish supremacy and the influence of the Catholic Church and in the process ensured the triumph of Lutheranism. He established a national standing army and founded the Swedish navy. He had one son, Eric XIV, with his first wife, Catherine of Saxe-Lauenberg, who succeeded him as King. In the 1550s, Vasa’s health declined. It is believed his last speech was delivered in 1560 to his chancellors, children and noblemen, shortly after which he died. On September 29, 1560, he was buried alongside three of his wives in the Cathedral of Uppsala. Two centuries later, the English playwright, Henry Brooke, memorialized Vasa’s legacy in a play entitled, Gustavus Vasa, The Deliverer of his Country, published in 1739 and initially banned by Prime Minister Robert Walpole as subversive. Why Olaudah Equiano was named Gustavus Vassa by his master Michael Henry Pascal is open to speculation, although the symbolic significance of Brooke’s play and its political message was surely a factor, either as a statement of support or as a spoof. 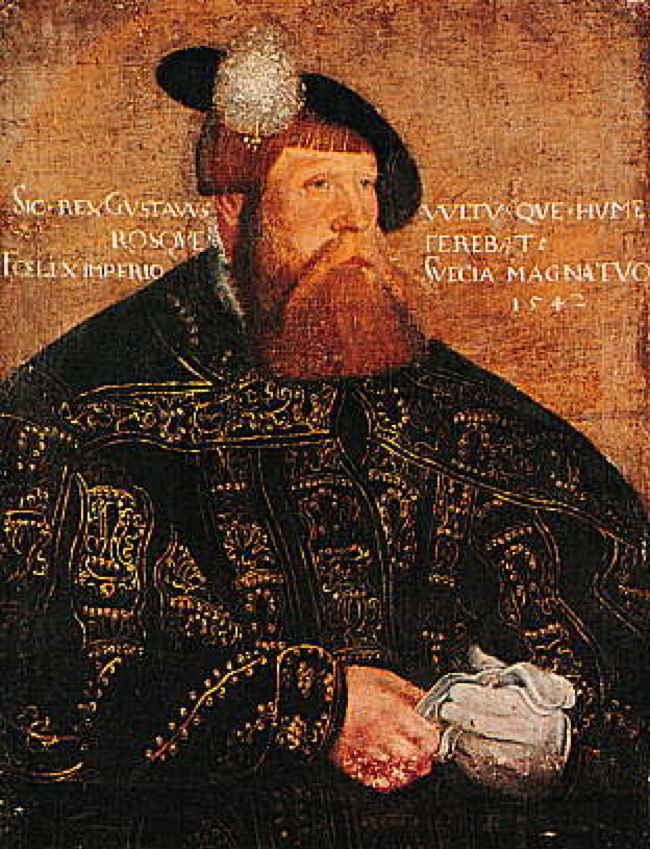