William Pitt, otherwise known as the "Younger Pitt," was the Prime Minister of the United Kingdom from 1783 to 1801, serving a second term from 1804 until his death in 1806. He was born on May 28, 1759 at his family home, Hayes Place in Kent. He was the fourth child and second son of William Pitt and his wife Hester. His father was the first Earl of Chatham and served as Prime Minister from 1766 to 1768. From a young age, the Younger Pitt was a talented debater. In April of 1773 at 14 years old, he enrolled in Pembroke College in Cambridge. He read extensively, was interested in chemistry and was a skilled mathematician; however, his primary interest was politics. Pitt graduated when he was 17. By summer 1780 he had begun practicing as a barrister at Lincoln's Inn. Following the dissolution of Parliament that year, he contested the University of Cambridge seat but lost. Fortunately, through his acquaintance with the Duke of Rutland, he was offered the Westmorland borough of Appleby at the age of 21. In 1782, under Lord Shelburne, who succeeded as prime minister in July 1782, Pitt was appointed Chancellor of the Exchequer.

For the next few years, Parliament was engaged in constant conflict with King George III and Charles James Fox, the foreign secretary. Fox refused to serve under Lord Shelburne, whose colonial policy he believed to be unjust and oppressive, which greatly angered the King. However, when Fox allied with Lord North and defeated the government, the King was forced to allow them to take power. In December 1783, King George III dismissed the coalition and requested that Pitt form a government. On July 10, 1783 at the age of 24, Pitt became Britain's youngest Prime Minister. Pitt made substantial contributions throughout his tenure. His government sought to restore finances that the American War of Independence and war with France had undermined. From 1784 to 1793, Pitt was able to reduce the national debt by £10 million. He introduced Britain's first income tax and decreased the incidence of smuggling and fraud. In 1788, he formed the Triple Alliance with Prussia and the Netherlands, thus securing allies in the event of war. In 1790, he negotiated a peace agreement between Austria and Turkey.

Pitt was sympathetic to the abolitionist cause. In 1781, he suggested that William Wilberforce, the MP for Yorkshire, investigate the abolition of the slave trade. For the next five years, Pitt was an adamant supporter of Wilberforce's fight for the eradication of slavery. He utilized his ministerial facilities to assist the abolitionists. He provided information from customs, ordered a report by the committee of trade, and sought cooperation from foreign powers such as France at the time that Gustavus Vassa was writing his autobiography. On April 25, 1789, Pitt presided over the Parliamentary enquiry into the slave trade, which included documentary evidence and testimony. The letter that Vassa wrote to Lord Hawkesbury, the foreign secretary, on March 13, 1788 was one such document. In the letter, Vassa argued that commercial relationships between Britain and Africa would benefit from the abolition of the slave trade if the trade in people was abandoned in favour of a trade in goods. Pitt continued as Prime Minister until February 3, 1801, returned on May 10, 1804, but died on January 23, 1806. He was buried in Westminster Abbey. 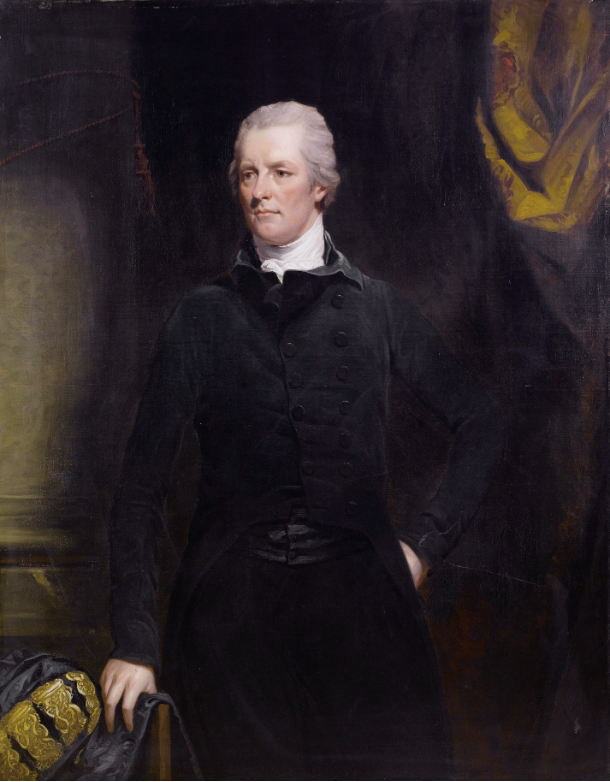