Sir William Dolben, III Baronet was born on January 12, 1727 in Finedon, Northampshire to parents, Sir John Dolben, II Baronet and Elizabeth Digby. His father was the rector of Burton Latimer and the vicar of Fined. As a young man, Dolben excelled in school. At 17, he was appointed student of the house and awarded the DCL degree at Westminster School. He went on to attend Christ Church at Oxford. Shortly after graduation, on May 17, 1748, Dolben married Judith English, the heir of Hugh Pearson of Hampnett. To the marriage she brought a fortune of £30,000. Dolben became a Baron on November 20, 1756 after his father’s passing. From 1760-1761, he served as high sheriff of Northamptonshire. In 1766, he became a verderer of Rockingham Forest. On February 3, 1768, Dolben was appointed to represent the University of Oxford in the House of Commons. He had previously been nominated as an MP for Northamptonshire but had lost his seat during the dissolution. Dolben was respected in the house and independently held a seat for 26 years.

Dolben was instrumental in the movement to abolish slavery. He was dedicated to improving the conditions and treatment of enslaved persons, specifically those who were shipped along the Middle Passage to the West Indies. With William Pitt’s support, Dolben piloted a bill in 1788 that sought to regulate the space allotted to enslaved persons transported on slave ships. Through this initiative, the House of Commons heard testimony surrounding the brutality of the slave trade, much of which dealt with the dehumanizing conditions endured by enslaved Africans on the trip across the Atlantic. Dolben knew that this testimony would “shock the humanity and rouse the indignation of …every man of feeling in the country.” His argument received overwhelming bipartisan support, which forced King George III to issue a Royal order to have the Privy Council conduct an investigation into the slave trade. On July 10, 1788, with just two votes, an amended version of the bill was passed, titled the Slave Trade Regulation Act. The legislation, widely referred to as the Dolben Act, specified that slave ships were prohibited from carrying more than five enslaved persons for every three tons, up to a maximum of 201 tons, and no more than one additional enslaved person per ton over that capacity.

Shortly after the bill was passed, a number of letters were published in various newspapers signed by Gustavus Vassa and others under the name “Sons of Africa.” The first letter appeared in The Public Advertiser on June 19, 1788 and was addressed to the British Senate. In the letter, Vassa indicated that he had attended the debate and that he wanted to recount his own sufferings to those in attendance. He thanked the Senate for its efforts to limit the horrifying conditions of the Middle Passage and noted Dolben in particular. He signed the letter, “Gustavus Vassa, the African.” On July 15, 1788, Vassa and others wrote a letter to Dolben, which was published in The Morning Chronicle and the London Advertiser. In the letter, they thanked Dolben for introducing the Slave Trade Regulation Act. The letter was signed by Gustavus Vassa and other persons identified as Africans. On March 21, 1788, Vassa sent a petition on behalf of his African brethren to Queen Charlotte, in which he requested her support for the abolition of the slave trade. In this letter, he thanked his future subscribers, which included Dolben. Dolben continued to be an ardent supporter of the abolitionist cause. He developed a close relationship with William Wilberforce and supported a number of bills that Wilberforce proposed in the 1790s concerning abolition.

Dolben’s first wife, Judith, passed on January 6, 1771. Shortly after, he married his second cousin, Charlotte Scotchmer, on October 14, 1789. The couple had no children. Dolben died at Bury St. Edmunds on March 20, 1814 at the age of 87. He was buried at the Finedon church. His only surviving son from his first marriage, John English Dolben, succeeded him into baronetcy.

Sapoznick, Karlee A. The Letters and Other Writings of Gustavus Vassa (Olaudah Equiano, the African): Documenting Abolition of the Slave Trade (Princeton, NJ: Markus Wiener Publishers, 2013). 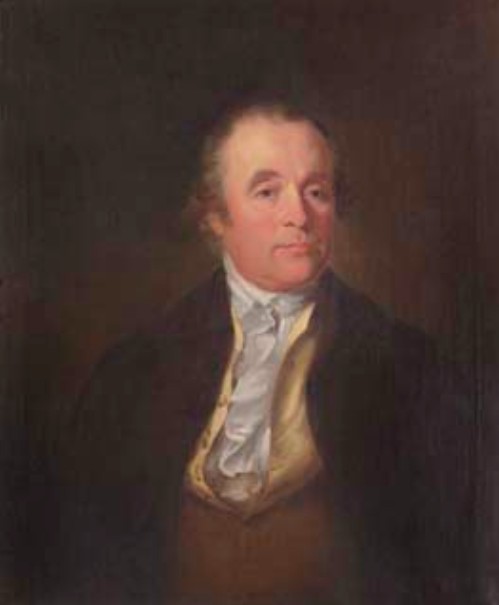