William Wilberforce, a politician and prominent abolitionist, was born on August 14, 1759 in the Wilberforce house in Hull, England, to parents, Robert and Elizabeth Wilberforce. His paternal grandfather, William Wilberforce, was twice mayor of Hull, and established the family fortune through the maritime trade, while also acquiring property in Yorkshire. After the passing of his grandfather and uncle, Wilberforce inherited a small fortune in 1777, allowing him to lead a lifestyle free of financial pressures.

Wilberforce enrolled in St. John’s College, Cambridge, in October 1776, and graduated with his BA in 1781 and his MA in 1788. While at Cambridge, he became interested in pursuing a career in politics, rather than heading the family business. At the age of 21, he was elected to his first position in public office as a member of the parliament for Hull. As a free thinker, he adopted independent stances on an array of political issues. He resolved himself to be a “no party man,” and supported both the Tory and Whig political factions who were in opposition at the time.

Despite his ever-changing political leanings, Wilberforce grew in popularity during his early years in parliament. In 1780, he became an MP for the region of Yorkshire. While in office, he befriended the Prime Minister, William Pitt the Younger, and the two became popular political figures in the early 1780s. Pitt would often stay with Wilberforce at his house in Wimbledon, and they vacationed in France together in the fall of 1783.

After his conversion to Evangelism in 1784, Wilberforce’s life changed dramatically. He questioned if one could simultaneously serve God and his nation in parliament, especially if the two were unaligned. He sought spiritual advice from John Newton, the leading evangelical clergyman at the time, who strongly encouraged him to remain in politics “with increased diligence and conscientiousness” (Bodl. Oxf., MS Wilberforce c. 49, fol. 14). His conversion had an observable effect on his political leanings, as he began to use his parliamentary position to advocate reform by introducing many radical bills – one of which advocated for the reduction of sentences for women convicted of treason.

It was in 1787 that Wilberforce met abolitionist Thomas Clarkson, who illuminated him on the horrifying reality of the Atlantic slave trade, and later recruited him into the Committee for the Abolition of the Slave Trade formed in 1787. As Wilberforce was a member of Parliament and could better champion the cause of abolitionism in this political arena, his presence in the committee was vital. While Clarkson was in charge of travelling across England to accumulate evidence and mobilize public opinion in favor of abolitionism, Wilberforce was tasked with presenting the evidence in the House of Commons. His first speech on Tuesday, May 12, 1789 was applauded by the abolitionist community. Evidently, Wilberforce was an eloquent public speaker, and after having witnessed his acclaimed anti-slavery speech, author James Boswell wrote, "I saw what seemed a mere shrimp mount upon the table; but as I listened, he grew, and grew, until the shrimp became a whale.” Wilberforce continued to openly lobby for abolitionism for the remaining years he served as a member of parliament.

In 1791, he took on an endeavor outside of politics and helped to establish the Sierra Leone Company in Freetown, Sierra Leone alongside fellow abolitionists, Granville Sharp, Thomas Clarkson, and John Clarkson. This corporate body aimed to resettle Black Loyalists who had initially settled in Nova Scotia after the American Revolutionary War, and to ultimately create a peaceful utopia for formerly enslaved Africans who could live with freedom.

In the years leading up to his retirement, Wilberforce continued to lobby in parliament for total abolitionism in all of the British Isles. Though a bill that banned all British subjects from participating in the slave trade within the colonies of France was passed in 1806, slavery was not formally abolished in all of the British empire until 1807. After actualizing his life mission, Wilberforce retired from Parliament in 1825, and wrote his famous treatise, Appeal on Behalf of the Negro Slaves, following his retirement. He died on July 29, 1833, the same year that the Slavery Act abolishing the institution of slavery was passed. He was buried in Westminster Abbey, and a small monument was erected in his honor. 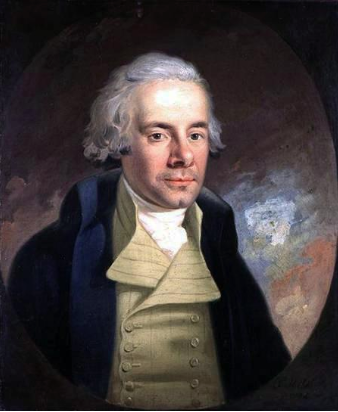