William Murray, the 1st Earl of Mansfield, was a prominent judge whose ruling in 1772 that a slave master could not legally force an enslaved person in England back to the colonies played a key role in ending slavery in England. Murray was born on March 2, 1705, at Scone Abbey, in Perth Scotland, to parents, David Murray and Margery Scott. He was the fourth son of fourteen children. He began his education at Perth Grammar School; however, moved to London at 13 to attend Westminster school. He was a bright student and in 1719 became a king’s scholar. He began post-secondary schooling in 1723 at Christ Church in Oxford and graduated with a B.A. in 1727. In 1730, he received an M.A. and was called to the bar by Lincoln’s Inn. He made rapid advances in his career as a barrister and in 1737 acted as counsel for the City of Edinburgh in the infamous “Porteous affair,” in which a bill had been proposed to punish the citizens responsible for the lynching of Captain Porteous by disenfranchising the city. Murray successfully reduced the penalty to a mere fine and Provost disqualification, in turn he was granted the Freedom of the City and a diamond. In 1738, he represented a series of merchants who were petitioning the House of Commons for the actions of Spanish vessels at sea.

On September 20, 1738, Murray married Lady Elizabeth Finch, the sister of the Earl of Winchilsea and granddaughter of the Earl of Nottingham. While they had no children of their own, they often took care of Murray’s nephew, the illegitimate daughter of Rear Admiral Lindsay. In 1741, he became the advisor for the Duke of Newcastle, and in 1742 he was appointed solicitor general and elected to parliament. A year later he was chosen as the chief spokesman for the ministry in the House of Commons. On April 9, 1754, Murray became attorney-general to the Duke of Newcastle. Upon the death of Sir Dudley Rider, he claimed the vacant chief-justiceship and a peerage, and in November of 1756, was sworn in as a Lord Chief Justice of the king’s bench, a position that he held until 1788. In 1774, Murray was awarded the title of Earl of Mansfield in the county of Nottingham, and thereafter he was usually referred to as Lord Mansfield.

In 1772, leading abolitionist and friend of Gustavus Vassa, Granville Sharp, took up the case of James Somerset, an enslaved African who had been brought from Jamaica to England by his slave master, and upon escaping servitude, was imprisoned on a return ship to Jamaica. The case raised an important question as to whether slaves could lawfully be kept in England, on which there was no consensus. Sharp brought the case to Murray and after months of legal debate, was able to convince him to issue a writ of habeus corpus. Murray ordered that the slave master return Somerset to England so that he may be brought before the court. Unable to settle the case out of court, Murray issued his landmark decision on June 22, 1772. The “Mansfield Decision” held that a slave master could not legally force an enslaved person in England to return to the colonies, regardless of how the individual arrived in England in the first place. Murray’s decision was based on the grounds that he believed slavery to be “so odious” that nothing could “be suffered to support it but positive law.” With this, Somerset was deemed a freeman. While the ruling did not abolish slavery, it undermined it by denying slave masters the right to exercise their claims of possession, as enslaved Africans could legally obtain their freedom by escaping captivity. Following the decision, advertisements promoting the sale of enslaved individuals and notices of escaped captives ceased to appear in British newspapers; however, not all individuals saw the celebration as justified, as long as slavery was legal in any of the British colonies, formerly enslaved Africans would remain in a precarious position. Nonetheless, the Mansfield decision set a precedent and was used in 1778 to declare slavery illegal in Scotland.

This ruling was quite significant to Vassa, as prior to the decision, even if he had paid for his freedom, his legal status could still have been challenged, and as a result, he could have been liable to reclamation by his former slave master, Robert King. As a result of his work on this case, Vassa recruited Sharp in 1774 to help him free another enslaved man, by the name of John Annis, who had been kidnapped by his former slave master and placed on a ship back to the West Indies. This was likely the first time Sharp and Vassa met.

In 1774 and 1775, Murray issued decisions on two cases of great significance, that of Campbell vs. Hall and that of Fabrigas v. Mostyn. The first of which dealt with a landowner from Grenada who sought to recover the money he had paid to a customs officer. The decision was of constitutional importance as it set restrictions on the King’s authority in the British colonies, noting that such authority was irrelevant unless a representative assembly was granted. The second case concerned the false imprisonment of a native Minorquan by the late governor of the island. The case raised an important question as to whether an English court had jurisdiction to try a crime committed in a ceded colony of the British Crown where English law did not yet exist.

As his health began to decline, he resigned from his position in parliament on June 4, 1788. His final years were devoted to the study of horticulture and religious meditation. He died of old age on March 20, 1793 and was buried in the North Cross, Westminster Abbey. He died a celebrated judge whose impartiality and patience ranked him among the greatest. A monument was erected in his honour in 1801 in Westminster Abbey. 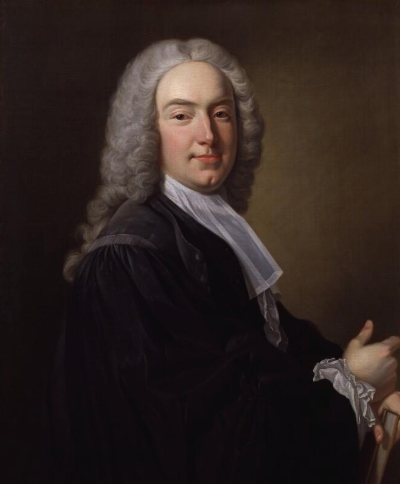