Queen Charlotte was married to King George III of Great Britain, to whom Gustavus Vassa dedicated his autobiography. She was born on May 19, 1744 at Untere Schloss (Lower Castle) in Mirow, Germany to Duke Charles Louis Frederick of Mecklenburg-Strelitz and Princess Elizabeth Albertina of Saxe-Hildburghausen. In July 1761, then 17 years old, she was betrothed to 22-year-old King George III. She arrived in England on August 14, 1761, at which time the marriage contract was signed. The official wedding was on September 8, 1761, at the Chapel Royal, St. James’s Palace. The couple had 15 children, including King George IV, King William IV, and Ernest Augustus, King of Hanover. She died on November 17, 1818.

During her 57 years as consort, Queen Charlotte was unapologetically apolitical, managing to avoid court controversy. As Queen she was modest in her display and unassuming in her royal status and instead devoted most of her time to raising and educating her children and looking after the King. She was known as charitable, founding orphanages and homes for expectant mothers, as well as being Patron of General Lying-in Hospital (now known as the Queen Charlotte’s and Chelsea Hospital). She was an avid music connoisseur and amateur botanist. King George III suffered periodic mental instability, especially after 1811, so that the latter part of Queen Charlotte’s life was spent caring for her husband until her death. Various places around the world have been named after her in her commemoration including Charlottetown, Prince Edward Island; Charlotte, North Carolina; and Queen Charlotte Sound, New Zealand.

Gustavus Vassa sent a petition to Queen Charlotte on March 21, 1788, on behalf of the population of African descent in London. The petition, which was included in his autobiography, appealed to the Queen’s benevolence and humanity, asking for freedom from slavery. Vassa’s petition was influenced by the belief in the 18th century that she had African ancestry. This notion emerged after Sir Allan Ramsay painted a portrait, which supposedly revealed “African” characteristics, features which were not replicated in the portraits of later painters. Historian, Mario de Valdes y Cocom has determined that Queen Charlotte was a descendent of Margarita de Castro e Sousa, a branch of the Portuguese Royal House of Moorish background. Valdes argues that six different lines can be traced from the Queen back to Margarita de Castro e Sousa, thus explaining her “African appearance.” However, this is not conclusive, as the term “Moor” did not always refer to black Africans. However, Queen Charlotte’s attending physician described her in his diary as having “true mulatto features.”

Lehman, H. Eugene. Lives of England’s Reigning and Consort Queens: England’s History through the Eyes of its Queens (Bloomington, IN: AuthorHouse, 2011). 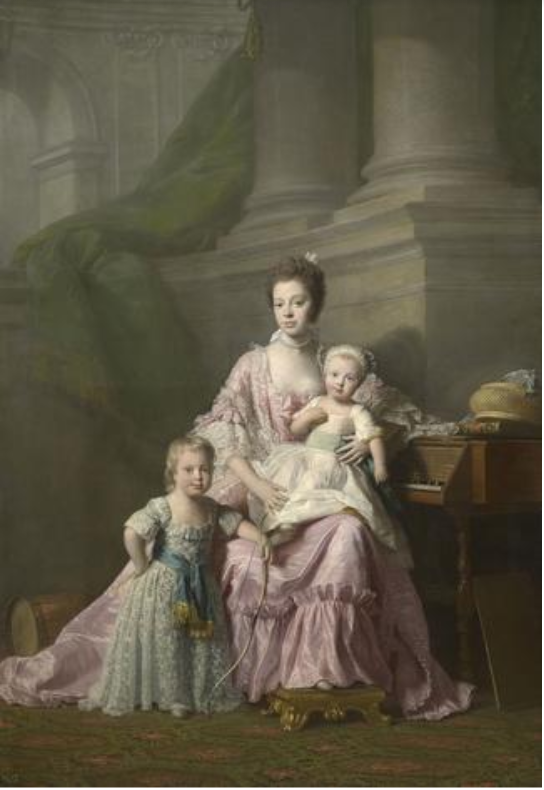